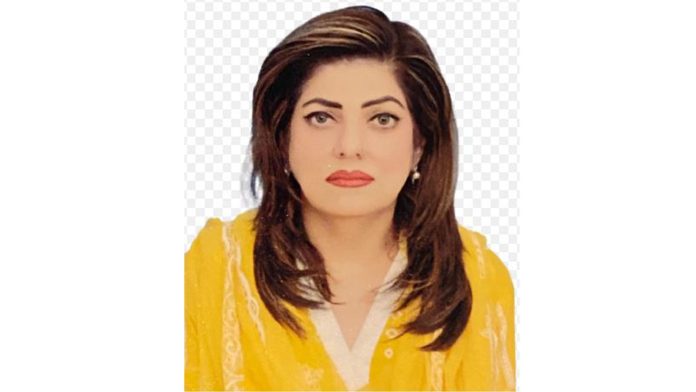 However anti-harassment laws have played a effective role in providing a safe environment for women in offices, factories and other workplaces and now they feel more confident and can perform their duties in a favourable environment especially in punjab.

“She spoke these remarks in a meeting with Chief Minister Punjab, Pervez Elahi”.

Ayesha Farooqui said that awareness of women’s rights and implementation of anti-harassment laws in Pakistan has improved, in which the ombudsman and other departments have played a significant role.

She also said punjab government may initiate short technical courses to impart basic knowledge to women in various trades to meet the ever increasing demands of skilled workers in industry.

As no country has made economic and social progress without empowering its women. China and Bangladesh offer good examples of how women have developed their societies. China started on this route in the early 1950s and Bangladesh in the 1970s and 1980s.

She also demanded easy and soft loans from Bank of Punjab and said that BOP, facilitation desks were also required in divisional headquarters. Taking on the benefit of Trade Development Heads, she further said that our emphasis is to facilitate women entrepreneurs and also to visit potential foreign markets to explore export opportunities.

Punjab Chief Minister Chaudhry Pervaiz Elahi said that the economic empowerment of women was very important and linked to economic and social development of the country. He said that women were playing their unique role in the industrial sector and business organization in the country which would go down in history.

Punjab government has created ease for businessmen, and facilitation of the business community is the priority.