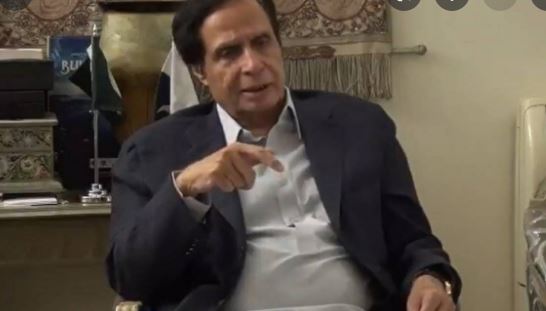 LAHORE, SEP 19 (DNA) — Punjab Chief Minister Chaudhry Pervez Elahi Monday said the government has decided to introduce an effective law so as to purge the educational institutions from the scourge of narcotics.

Under the new legislation, owners of educational institutions will be held responsible for the use of drugs by the students, he added while speaking at the ‘All Secretaries Conference” here at Durbar Hall in Civil Secretariat.

The CM gave guidelines to provincial secretaries for early completion of price control plans, good governance, and development projects. He also ordered to formulate a workable strategy regarding price controlling of the daily commodities of life.

The conference also considered the proposal to restore the magisterial system for price control in the province.  Elahi said that the performance of the officers will be evaluated by the completion of development projects. Thus, provincial secretaries should make accurate projects and ensure the timely utilization of funds.

An implementation mechanism will be established to ensure speedy disposal of the summary or file in the Chief Minister’s Office. Decision on summary or file should be within two days, Elahi ordered.

Chaudhry Parvez Elahi further said that his government will ensure the tenure posting of the officers so that they perform and deliver their official duties diligently. Personal problems of the officers will also be solved on a priority basis, he added.

The chief minister said that the doors of the secretaries’ offices will be open to the public from 9:30 am to 11:00 am. Chaudhry Parvez Elahi

Common people’s problems should be solved in their respective cities and there is no need for them to come to Lahore for redressal of their grievances, he said, adding that together we have to fulfill the mission of welfare of the nation, he maintained.

Chaudhry further asked the officers to complete welfare projects with devotion and dedication. The projects of South Punjab should be given top priority as more work to do than before, he added.  He vowed that for the convenience of the farmers, the scope of the land centers will be extended to the Qango level.

Punjab Chief Minister hoped that with the help of administrative planning and strong will, a lot of work on prison reforms can be done.  “Teachers’ training program will be made more efficient and effective.  I will personally monitor all matters myself”, Parvez Elahi said.

Acting Chief Secretary Abdullah Khan Sambal said that all the secretaries and the heads of the provincial institutions will try their best for the welfare of the people. All resources will be utilized to speed up the development journey of the people, added Chief Secretary. =DNA