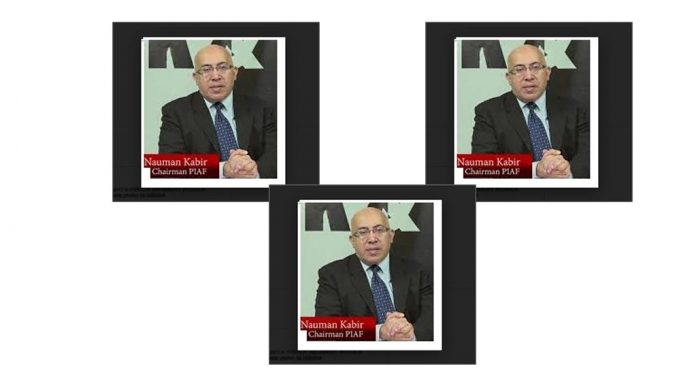 ISLAMABAD, JUL 4 –  As more than 65% percent record jump in fuel prices have pushed up the weekly inflation the Pakistan Industrial and Traders Associations Front has asked the government to withdraw the anti-industry decision, warning the authorities that inflation above 6 percent could hurt economic growth and only a careful policy would keep it in control.

In a joint statement, with senior vice chairman Nasir Hameed and vice chairman Javed Siddiqi, Mian Nauman Kabir said that oil prices and inflation are closely connected in a cause-and-effect relationship. As fuel rates move up, inflation, which is the measure of general price trends throughout the economy, follows in the same direction upward. On the other hand, if the rates of fuel fall, inflationary pressures start to drop. In the start of this year, oil prices collapsed amid the COVID-19 pandemic and economic slowdown. OPEC and its allies agreed to historic production cuts to stabilize prices, but they dropped to over 16 years low.

He urged the government to take concrete measures for easing out inflation that has further increased due to rise in oil prices and other essential commodities. He said that inflation is on higher side due to the impact of government’s economic policies of soaring fuel rates, enhancing power and gas tariff, depreciating the local currency and imposing exorbitant duties on imported industry raw material.

He asked the Ministry of Finance to devise a strategy to control and ease out the impact of inflation. He said that policy measures like zero borrowing by govt from SBP in current FY would decrease the local wheat price. Reduction in fiscal deficit, primary surplus H2FY 20; monetary tightening and demand compression by austerity; complete restriction on supplementary grants are positive examples, he added.

He said that downward trajectory in crude oil in the global market should result in downward pattern in domestic prices.

PIAF senior vice chairman Nasir Hameed said that the outcome of stabilization policies, agriculture sector interventions, rigorous monitoring at federal and provincial levels and favourable weather can bring in better results in easing out inflation and sustain the economy towards growth and productivity.

Nasir Hameed said that adverse effects climate on crops, disruption of supply chain of essential items, delay in harvest and arrival of crop in the market and lower production of vegetables, led to a higher food inflation.

PIAF vice chairman Javed Siddiqi asked the government to also take relief measures to protect the vulnerable from the price-hike. These measures include provision of subsidy to Utility Stores Corporation on essential items.

Javed Iqbal said that price monitoring cell to check price hikes of essential food items; network of Utility Store outlets should also be expanded for provision of essential items. He said provincial governments monitoring display of price list and quality of items in open market and effective measures of CCP to control cartelization and undue profiteering can also control the inflation to some extent.

He stressed the need for building on gains on the ease of doing business front, which requires not just the capacity development in key public institutions, but also a continuous dialogue with relevant stakeholders to ensure smooth implementation, he added.