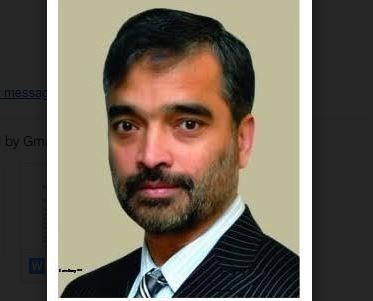 ISLAMABAD, SEP 2 /DNA/ – The Pakistan Industrial and Traders Associations Front (PIAF) has stressed the need for taking serious measures, as the rupee still continues to witness volatile trend in the process of trading against dollar and other major currencies despite the fact that the IMF program is now back on track, securing the external financing requirements for the current fiscal year. Moreover, the sharp increase in the policy rate would result in curbing demand to lower the pressure of imports on the current account, so the weak rupee is a question mark in present circumstances.

PIAF Chairman Faheem Ur Rehman Saigol observed that having a clear policy to curb the volatility in exchange market, the central bank should be fully geared to act and monitor the movements more vigilantly and should be ahead of the curve as they have more information than an average market player. And being back in the IMF program amid the falling global commodity prices and full coverage of external financing needs, there is no basis for continuation of the high volatility in exchange rate, he added.

The Piaf chairman said that local currency sustained losses in the early hours of trading on Friday, and was hovering at 219 level against the US dollar in the inter-bank market.

On Thursday, the inflow of funds from the International Monetary Fund helped add to the gains of the Pakistani rupee for the third successive session. However, economic issues continued to engulf Pakistan that reported its Consumer Price Index (CPI) at a multi-decade high of 27.3% on a year-on-year basis in August 2022 from a year earlier, as authorities warned massive flooding in the country could exacerbate already skyrocketing prices.

Moreover, foreign exchange reserves held by the State Bank of Pakistan fell $113 million, clocking in at an alarming level of $7.7 billion as of Aug 26, 2022. The reserves’ position is critical for Pakistan which is desperately seeking dollar inflows to meet its balance-of-payments needs. A low level of reserves caused severe pressure on its currency market with the rupee witnessing its worst monthly performance in July in over 50 years.

Globally, the dollar was headed for its third weekly gain in a row and stood near its highest levels in decades against the euro and yen, with investors in little mood for selling ahead of US labor data that could bolster the case for aggressive interest rate hikes.

SBP has a stated policy to intervene wherever volatility needs to be curbed without changing the direction, which is now essentially market-determined. The policy is being pursued vigorously on the daily movement. However, the volatility on weekly or monthly basis often turns out to be detrimental for businesses. Since the exchange rate is flexible, speculators jump in; they make quick bucks due to currency volatility.

Faheem Saigol observed that besides increasing exports and controlling imports the government will have to take administrative measures, as a large demand of cash dollars are seen in the market. He said that there was a complete breakdown of economic policymaking, as the country’s fiscal policy had become subservient to monetary and exchange rate policies.