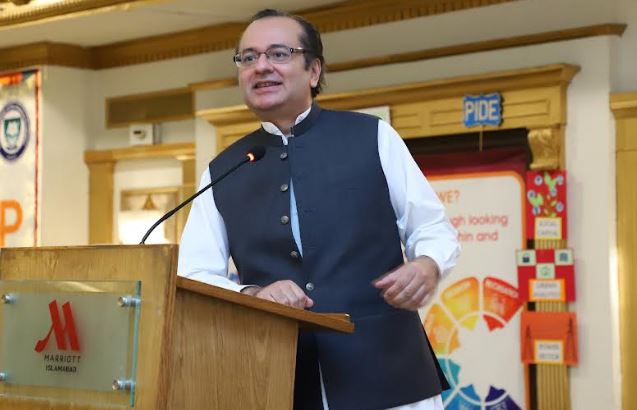 ISLAMABAD, JUN 2 /DNA/ – Today was the second day of the second PIDE-RASTA Conference. The conference is being organized by the Pakistan Institute of Development Economics (PIDE). The purpose of the conference is to showcase the research projects done under the banner of Research for Social Transformation and Advancement (RASTA). RASTA is the largest social sciences research program in Pakistan, funded by PSDP. The purpose of RASTA is to build research and knowledge networks in Pakistan, find local solutions for local problems, promote indigenous research, and bridge the research-policy gap.

The second day of the conference began with a presentation by the CDA chairperson Mr. Amer Ali Ahmed. He said that traffic congestion in cities like Islamabad is caused by the fundamental problems in the design of the cities, which are designed for cars instead of people. He said that the traffic problems in Islamabad are exacerbated by the horizontal rather than vertical expansion of the city. He said that due to the design of the city, it is not feasible for the private sector to provide mass transport for the public. However, the CDA chairperson apprised that is initiating important projects to ease the traffic problems faced by the public at large. He said that new bus routes will be initiated which will connect different parts of the city with the center of the city. He also mentioned the construction of a parking plaza in the Blue Area, which will ease the parking problem in the area. However, the chairperson said that the people also need to change their mindset. The people want to park right in front of the place they visit, due to which parking plazas remain unused, which is a waste of resources.

Mr. Amer Ali Ahmed appreciated the work that PIDE is doing to highlight the problems in city designs in Pakistan and traffic problems. It is pertinent to mention that PIDE, in collaboration with the CDA, is doing a project that will introduce paid parking system in selected parts of Islamabad on a pilot basis.