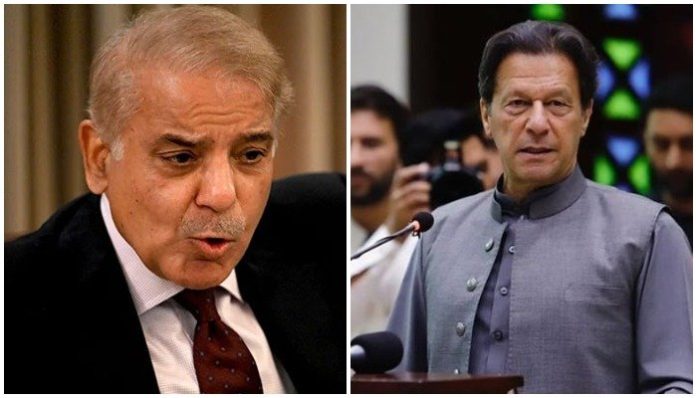 ANKARA: Prime Minister Shehbaz Sharif warned PTI Chairman Imran Khan that he may do his politics, but not dare to speak about the “division of Pakistan”.

PM Shehbaz Sharif was referring to the former prime minister’s warning that Pakistan would break into “three parts” if the establishment does not “take the right decision”.

Taking to Twitter, the premier said that Imran Khan’s statement in one of his recent interviews is evidence of his ineligibility for public office.

The prime minister said that while he is signing deals with Turkey for the country’s benefit, PTI Chairman Imran Khan is making “naked threats” to the country.

PM Shehbaz Sharif is currently on a three-day Turkey visit.

“While I am in Turkey inking agreements, Imran Niazi is making naked threats against the country. If at all any proof was needed that Niazi is unfit for public office, his latest interview suffices. Do your politics but don’t dare to cross limits & talk about the division of Pakistan,” PM Shehbaz wrote.

A day earlier, Imran Khan warned that if the establishment does not “take the right decision” then Pakistan would break into “three parts”.

In an interview with a private television channel, the ousted prime minister said the country is on the brink of “suicide” if “right decisions” are not taken, as it might move towards default.

“The actual problem here is of Pakistan and establishment. If the establishment does not take the right decision, then I will give it to you in writing that they will be destroyed, and the armed forces will be the first ones to be destroyed,” he said.