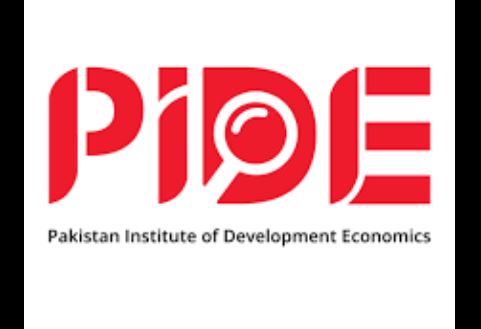 ·        Gas exploration and production have declined in the country.

·        OGDCL predicts that Pakistan’s indigenous oil reserves will be exhausted by 2025.

·        Politically influenced allocations and monopolistic business operations are all bottlenecks.

Islamabad, SEP 11 /DNA/ – Gas is the third-largest energy source consumed around the world. However, Pakistan has less than a 1 percent share in world gas consumption. It meets its energy demand through imported and indigenous resources in the ratio of 44:56. Natural gas and imported LNG contribute more than 40 percent to the country’s current energy mix, including gas resources used in electricity generation. In recent years, the demand for gas has increased rapidly in Pakistan. However, gas exploration and production have declined, and the LNG operational and regulatory framework is weak, leading to a nationwide shortage and increased supply costs. The latest research brief on “Gas Crises in Pakistan” was revealed by the Pakistan Institute of Development Economics (PIDE).

According to a Press Release issued from the PIDE, a national think tank of the country, it stated that in upstream, 15 gas explorations and production companies work in 55 gas ­fields spread throughout the country. The gas distribution and transmission are mainly owned and operated by two state-owned companies Sui Northern Gas Pipeline Limited (SNGPL) and Sui Southern Gas Company Limited (SSGCL). The gas exploration/production industry and gas distribution/transmission industry lack competition in Pakistan.

It was said in the study that OGDCL predicts that Pakistan’s indigenous oil reserves will be exhausted by 2025. However, current reserves will last a maximum of 15 years if demand is capped at present-day gas levels by 2030.

PIDE research showed that 78% of households have no access to natural gas in Pakistan. Natural gas consumption in the domestic sector has grown by about 11% over the years. Supplying gas to households requires signifi­cant investments. The cost of gas supply to households is much higher than the cost of supply to the industry or power sector. Gas allocation policy has remained based on political priorities rather than on the objective of maximizing value addition. Low gas prices and inefficient gas allocations have encouraged higher demands.

With 30.6 billion cubic meters of natural gas, Pakistan shares 0.8 % of global production. There is a sharp increase in gas demand in Pakistan, but due to the inefficient distribution of natural gas resources, Pakistan has been facing a colossal gas shortfall, the brief revealed.

National Think Tank briefly described that large areas in the country remain unexplored due to security concerns and the law-and-order situation. For instance, Baluchistan’s Pishin basin is considered a valuable block. However, no exploration activity in this basin because of the law-and-order problem.

According to the PIDE research, all the activities in the gas sector in Pakistan, directly or indirectly, are under government control. An independent regulator was established in 2002 to regulate mid and downstream activities. Still, it remained hostage to government decisions because of the extensive state presence in all activities in the supply chain. The OGRA law allows too much mandatory government involvement in the current oil and gas regulatory system. That has made the regulator powerless. Government interference in service providers’ affairs has led to cross-subsidy and an overall deficit in the gas sector. The circular debt in the gas sector has crossed Rs 1.5 trillion, contributed by both the utilities SNGPL and SSGCL. Government irregularities in regulatory frameworks and poor policy formulation are hindering sectoral growth and creating inefficiencies in the supply chain. Politically influenced allocations and monopolistic business operations are all bottlenecks.

The research brief recommends that ensuring reliable and high-quality uninterrupted natural gas supply and efficient services is one of the critical aspects of the regulatory process. The gas distribution companies must maintain adequate pressure in the transmission pipelines and distribution networks and upgrade the system where necessary to ensure supply of contractual volume and pressure to its consumers. Gas resources are depleting, but these monopolies are expanding their transmission and distribution networks to maximize their ­financial returns. As a result, these companies, especially SNGPL, have earned enormous profi­ts over the years.

The research further state that in both utilities, mismanagement and irregularities have affected their operational performance. Though private entities own 40% or more of their shares, these companies have no business model. There is no regulatory mechanism to link their ­financial returns to their operational efficiency. Underground pipeline leakage, poor maintenance, measurement errors, wrong billing, law & order, and theft have contributed signifi­cantly to Pakistan’s unaccounted-for gas. The two integrated companies, SNGPL and SSGC, are over-regulated monopolies with no incentive to improve their inefficiencies and service delivery. Against the OGRA allowance of UFG at 4.5 %, the gas losses in these companies remained relatively high. After 2017, this allowance increased to 7% and 8.5% for SNGPL and SSGCL to compensate for declining profi­ts.