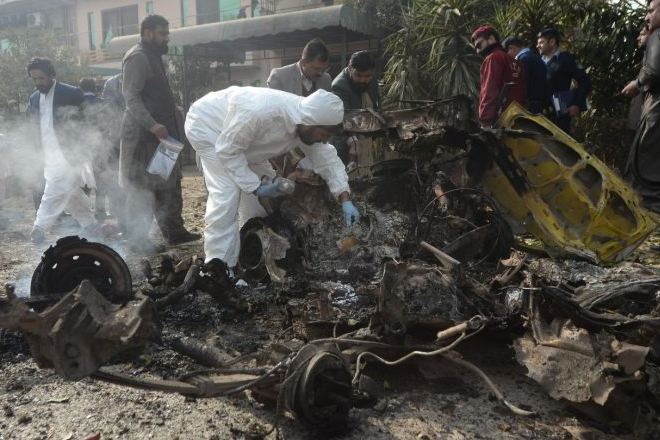 ISLAMABAD, DEC 23 (DNA): Prime Minister Shehbaz Sharif on Friday strongly condemned the suicide blast in Islamabad’s sector I-10/4, saying that the whole nation stood behind their forces for the elimination of terrorism from the country.

The prime minister paid tribute to head constable Adeel Hussain who was martyred in the terror incident.

“The police personnel intercepted the terrorist by rendering sacrifices. The nation salutes their brave soldiers,” the prime minister remarked.

He said the people of Pakistan would continue struggling till the elimination of terrorism. The terrorists are enemies of Pakistan and killers of the masses. We will not rest till the purgation of our soil from this scourge,” he resolved.

The timely action of the law enforcement agencies thwarted the nefarious design of killing innocent people. The nation will stand behind their forces till the elimination of terrorism,” he remarked.

The prime minister sympathised with the injured soldiers and directed for provision of the best medical treatment to them.

The prime minister also directed the authorities concerned to support the bereaved family of the martyred soldier under the Shuhada Package.

He also instructed the Inspector General of Islamabad Police to give away prizes and commendation certificates to the soldiers who exhibited unprecedented valour.

He prayed to Allah Almighty to grant higher ranks to the martyred soldier in the heavens and also for the early recovery of the injured.=DNA