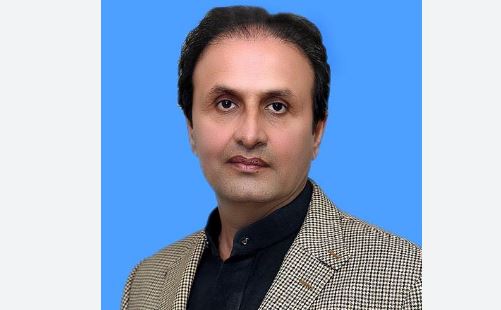 By Faisal Munir
ISLAMABAD: Parliamentary Secretary Ministry of Aviation and Member
National Assembly Malik Sohail Khan has said on Friday that Prime
Minister Muhammad Shehbaz Sharif deserves praise for his decision to
appoint General Asim Munir as the Army Chief, who played his role in
bringing the country out of a state of anxiety in a timely manner. The
Pakistan Army is the protector of the country’s borders and their
respect is the duty of every Pakistani. The manner in which
discussions and defamatory criticisms have been going on on social
media regarding the retired army chiefs and incoming chiefs of the
Pakistan Army for the last few days is dangerous for the country.

Parliamentary Secretary Aviation said the Army is an organized
institution which has to function according to its constitutional role
Criticizing the chiefs of Pakistan’s armed forces for no reason cannot
be the work of patriotic people. After the appointment of the Army
Chief, the PTI real Azadi March has no significance, all the noise was
for the appointment of the Army Chief.

Malik Sohail Khan said that when the appointment process has been
completed on the instructions of Prime Minister Muhammad Shehbaz
Sharif, now a plan is being made to march towards Islamabad for face
saving, which will fail miserably. Imran Khan came with the mission of
blocking the road for the common people to fulfill his goals This is
something that should be dealt with according to law.

Parliamentary Secretary Aviation has said that Every Pakistani expects
from the newly appointed Army Chief General Asim Munir that the army
will continue to work in the best interests of the country and the
nation while remaining limited to its constitutional role.