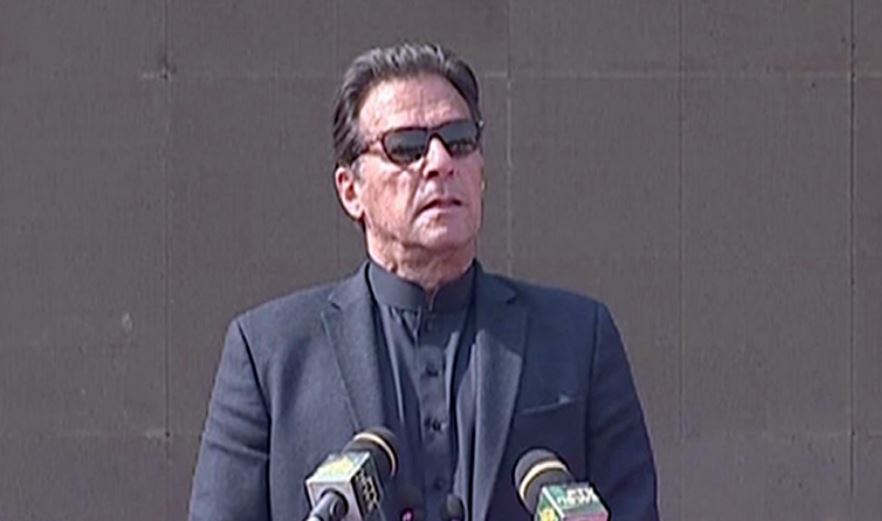 ISLAMABAD: Prime Minister Imran Khan on Wednesday assailed the two major opposition parties — the PML-N and the PPP — saying their leaders desperately wanted him out of power to avoid jails for their alleged corruption cases.

“They are scared of Imran Khan that their corruption will be exposed. They are taking adjournments and a judge is extending dates for case hearings. But one day, the cases have to be heard and these corrupt people will have to go behind the bars,” PM Imran said while addressing a ceremony for health card launch in Faisalabad.

The prime minister said making corruption acceptable was a quicker way to weaken a country than bombing it.

He also accused former president Asif Ali Zardari of “bribing people to buy their loyalties”, saying “this is all happening through stolen money.”

In an apparent reference to former premier Nawaz Sharif, Imran said a convict had left Pakistan citing a serious heart ailment and “now he is climbing staircases and visiting factories in London.”

He said he was astonished to note some lawyers in the country were calling for giving the convict “another chance to let him plunder national wealth one more time”.

Imran said the entire opposition was fearful of him and afraid of being caught in corruption cases.

He reiterated that Pakistan’s real battle was for the enforcement of the rule of law. “Once we succeed in establishing the rule of law, you will see the difference, and the change has already begun in this regard.”

He said other countries were more prosperous because of the strict enforcement of the rule of law there.

“The world number one tennis player Novak Djokovic was forced to leave Australia for not following the rule [of getting a Covid-19 vaccine],” he said, adding “this is how countries are made stronger.”