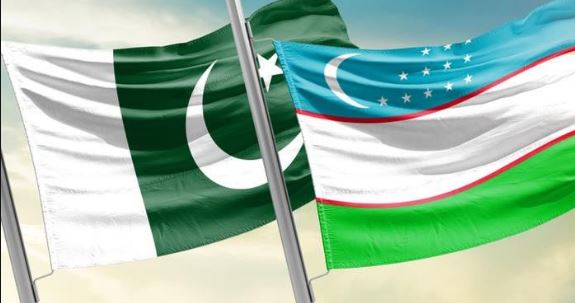 ISLAMABAD, FEB 09 (DNA) — Ambassador Extraordinary and Plenipotentiary of the Republic of Uzbekistan to the Islamic Republic of Pakistan Oybek Usmanov called on the Federal Minister of National Food Security Syed Fakhar Imam in Islamabad Wednesday.

Fakhar said that the two countries can immensely benefit from exchange in agriculture research and value-added technologies. He praised the quality of mechanization in Uzbekistan and said that Uzbekistan and Pakistan have huge trade potential. The two dignitaries agreed to enhance bilateral trade especially agriculture trade.

Oybek Usmanov, Ambassador of Uzbekistan to Pakistan told the federal minister that Uzbekistan is ready to increase multifaceted cooperation with Pakistan. He said that high level engagement between the two countries is expected to reap fruitful results for both countries. The Ambassador said that Pakistani agricultural products have huge potential if they are converted into value added products through processing. He said that Pakistan is a key exporter of citrus fruits and Rice to Uzbekistan.

Fakhar acknowledged that value added industry needs to be set up by Pakistan to fully take advantage of its agricultural products. Fakhar said that Pakistan exported appx 144,000 tonnes of mangoes internationally and hence its export to Uzbekistan also has huge potential.

Fakhar said that Pakistan faces a number of challenges but with the right policy interventions under the leadership of Prime Minister Imran Khan, agriculture sector can be transformed. He said that Pakistani agriculture has been tottering along the traditional agricultural techniques and it is time that we start to look ahead to the future in terms of modernization.

Fakhar Imam praised the current government’s efforts and said that in the last 70 years the main set back to research was insufficient funds. This is the first time in the history of Pakistan that under Prime Minister Initiative Program billions of Rupees have been invested in agricultural research which has led to record production of wheat, maize and rice last year. =DNA