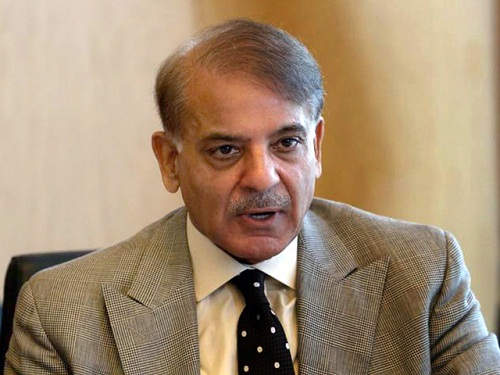 ISLAMABAD: Prime Minister Shehbaz Sharif will be leaving for a two-day visit to Saudi Arabia today (Monday) to attend the Saudi Future Investment Initiative Summit, often referred to as ‘Davos in the Desert’, and hold consultations with Saudi Crown Prince Mohammed bin Salman.

Prior to his departure, a statement by the Foreign Office (FO) said PM Shehbaz’s official trip to Saudi capital Riyadh was scheduled following an invitation by Prince Salman, who was named the kingdom’s prime minister last month.

During his stay in Riyadh, PM Shehbaz would hold consultations with the Saudi crown prince to review the longstanding fraternal relations, with a view to further strengthening the multifaceted cooperation, especially in the economic field, the FO statement said.

It added that the premier would also attend the Saudi Future Investment Initiative Summit, an annual feature since 2017.

Confirming his attendance at the summit, the PM tweeted: “The present state of the global economy needs new thinking and bold vision to overcome the irritants and forge new paths.

“There are serious concerns about the threat of global recession hitting the economies. The pandemic and climate-induced disasters have already put immense strains on developing countries. High time the world explored solutions to the deepening challenges through candid dialogue.”

The conference is hosted by the Future Investment Initiative Institute which, though not officially associated with the Saudi government, operates under the patronage of Prince Salman.

Earlier, an official told Dawn that PM Shehbaz would be one of the key speakers at the conference and use the occasion to highlight investment opportunities in Pakistan.

This year, the conference’s theme is “Investing in Humanity: Enabling a New Global Order”. The edition runs from Tuesday to Thursday with 6,000 delegates from different parts of the world participating, including top corporate executives of multinationals, policymakers, investors, entrepreneurs and young leaders.

The investment conference, whose second edition in 2018 was eclipsed by the killing of journalist Jamal Khashoggi, is being held this year in the shadow of a US-Saudi spat over Opec’s oil production cut.

Opec+, the producer group comprising the Organisation of the Petroleum Exporting Countries (Opec) plus allies including Russia, had earlier this month agreed to reduce two million barrels per day from November at a meeting in Vienna — a move that angered the US.

Following the announcement, US President Joe Biden vowed to impose “consequences” on Saudi Arabia for siding with Russia in supporting the cuts.

According to a Dawn report, US officials have not been invited by organisers to this year’s event because of the rift.

The organisers say they do not want politics to take centerstage and instead keep the focus on the business at the conference. However, nearly 400 top US business executives have confirmed their participation in the event, the report said.

For its part, Pakistan has sided with the kingdom in the row over the oil production cut.