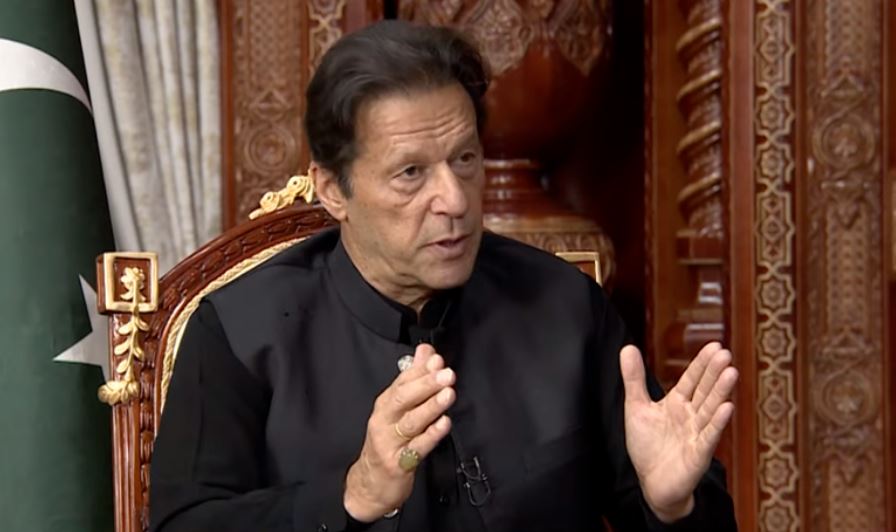 ISLAMABAD, JAN 14 /DNA/ – Prime Minister Imran Khan on Friday said that an inclusive development was inevitable for national security. “Inclusive growth means not only to uplift the poor people but also the neglected areas. The biggest security is when people stand behind the state for its protection,” the prime minister said addressing the launching ceremony of the public version of the otherwise secret document.

The prime minister, who earlier signed the historic document, appreciated the National Security Division for formulating a policy based on the consensus of the whole state and defining national security in a “right manner”. First of its kind in Pakistan’s history, the National Security policy articulates a citizen-centric framework, placing economic security at its core and seeking a secure and economically resilient Pakistan.

The formulation process of the policy includes multiple consultations with official stakeholders including federal ministers, 120 experts, 300 students, and 600 people from all walks of life. The prime minister said the NSP would also help correct the dimension and help the whole government machinery to move in one direction for achieving national security and stability.

The prime minister emphasized that our armed forces were our pride and glued the nation together. Given the threats the country faced in the region, and the growing threat of hybrid warfare, they would continue to receive even greater support and  importance, he added.

The prime minister explained the significance of his government’s successful initiative of producing the National Security Policy, calling it a major priority of his government. He also highlighted the importance of the policy’s successful implementation and announced that the National Security Committee (NSC) would regularly review progress. He said the NSP centered on the government’s vision which believed that the security of Pakistan rested in the security of its citizens.

Any national security approach must prioritize national cohesion and the prosperity of people, while guaranteeing fundamental rights and social justice without discrimination, he added.The prime minister said to achieve the vast potential of the citizens, it was necessary to promote delivery-based good governance. The Prime Minister explained that the foremost aim of the foreign policy and military capability would remain peace and stability in the region and beyond.

Our foreign policy would also focus much more on economic diplomacy going forward, he remarked. The prime minister said the national security was also compromised when the country had to approach the IMF to support its economy by accepting their conditions. In such a case, the common man had to face the burden, he added.

Reiterating his vision of replicating Madina State, the prime minister said by March every family in the PTI-led provinces would have health insurance of rupees one million a year which was even not available in developed countries.

He also highlighted the government’s initiatives like interest-free loans for business, ration subsidy schemes, and housing construction loans to the low-income group. He said for the first time, the government introduced a core national curriculum as in the past, the country had three parallel education systems of seminaries, English and Urdu medium schools.

Calling rule of law a big challenge for the country, he said Madina State was the first to end discriminatory laws for the rich and poor. He said due to lack of rule of law, the country could not tap its immense tourism potential in Northern Areas which were far bigger and more beautiful than Switzerland.