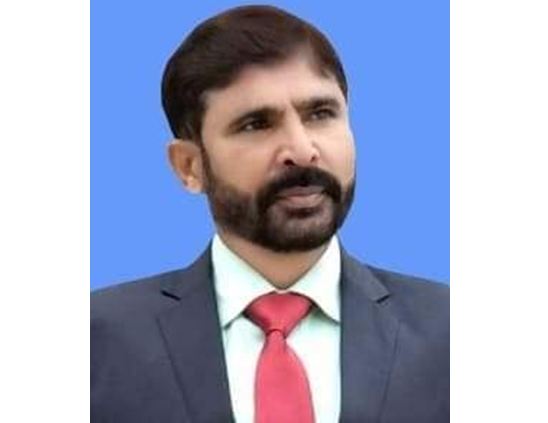 Pakistani Political system always has been protected the interests of elites. Although political leadership has been representative authority but they failed to raise hope for a democratic state that would provide socio-economic justice to all Pakistani citizens. The political leadership failed to createharmony on the national language, the role of Islam, provincial representation and the division of powers between the center and the provinces, delayed the constitution and postponed general elections. In October 1956, Pakistan came out from its infancy, a consensus was build and the first constitution of Pakistan came into force. The experience of democratic government was short but not sweet. In October 1958, General Muhammad AyubKha n easily staged a military coup.  The political paradigm shifted during the 1960s-70s, where class (revolutionary) politics was replaced by authoritarianism as a result of the influx of capital and urbanization.  Industrial workers, student unions and middle class socialist ideology emerged here. To counter the industrial class struggle of the 1960s, Zia furnishedPakistan with political-religious parties and place in politics through the street mosque culture within the power structure. For four decades after Zia, the Pakistani political scene was a hybrid of PML(N) and PPP patronage and intellectual politics. Once again, the landscape of Pakistan’s politics has changed when the poor and the educated are uneducated, devoid of critical thinking skills, which are influenced by anti-American and anti-establishment rhetoric. Anti-establishment and anti-American sloganeering has breathed new life into Khan’s April 2022 lows towards the end of his nearly 4-year rule. More than the dismissal of the PTI, there is public resentment over the return of the previous government, which was accused of corruption and nepotism. This resentment towards the PDM has been well cashed in by the PTI leadership even though it has little knowledge of its linkages with the geopolitical, geostrategic and geoeconomic realities of the contemporary international system. The PTI leadership dreams of a utopian world which is far from reality. This is a dream that has been shown to the people of Pakistan.

At present, Khan’s popularity chart is skyrocketing due to PTI’s constant tussle with state institutions, including the establishment, but the leadership strategy poses huge challenges in the field of foreign policy and security. People have hopes and calling the Azadi March a turning point for Pakistan.Even the blind can see the political engineering to bring PTI to power in 2018 as it is history of democratic regimes in Pakistan. Always the game of political engineering had been organized by the establishment. Now this Imran Khan was the beneficiary of this play and got the title “Ladla”.The PTI government has enjoyed unprecedented support from the establishment during its more than 3.5 years in power. PTI’s staunch supporters are also frustrated by the party’s poor performance, ambiguity and delays in government affairs. PTI’s popularity chart fell due to an unsatisfactory government but PDM comeback to rescue it.

Here, inciting the youth and people against the institutions of the state, institutional heads and the center of power of the country can have disastrous effects. This is Pakistan’s political history, political leadership frequent attacks on state institutions, especially on the establishment when they are away from the government. Opposition parties call them to rescue from the governmental brutal actions and illegal political cases.Bhutto’s inclination towards class politics along with his open opposition to Ayub Khan soon made him immensely popular with the masses. With an absolutist mentality he also desired absolute power; an absolutist mentality is a problem. Bhutto had become a dictator in the country with his power hungry mind. The quest for absolute power led him to an uncompromising situation with a power-sharing crisis that directed to a war of independence in the eastern wing.

The PTI’s philosophy of absolute power has hurt Pakistan on the foreign policy front where our Arab allies were angered when Erdogan tried to hold an Islamic summit in Malaysia, while our close neighbor the Iran was angered when Pakistan participated in a joint military exercise with Turkey in Azerbaijan. In addition, PTI’s poor performance during his tenure, he has several excuses including the lack of 2/3 majority.Now the PDM government which was considered most experienced has taken Pakistan on the point of devastation. Its experience, efficiency and administration have exposed. All the political parties are dictators in their political rooms now they have joint hands to protect themselves from the case of corruption.These political parties devoid of democracy always came to power for personal interests.

Now PTI’s turn to fundamentalist politics is based on direct confrontation with state institutions, including defamation campaigns against high officials and heads of institutions. The PTI young tigers being trained will soon trouble Pakistani society in the years to come. Our political leaders have a huge responsibility to build the political nursery of the state where they should nurture its political system on politics of reason instead of hatred, vandalism and fundamentalism. Radicalization of an already radicalized youth will permanently tear the fabric of our society.

Pakistan can emerge as a strong state and nation only when the socio-cultural trends of intolerance, exclusivity, nepotism, extremist ideologies and violence that have warped the national fabric are transformed as a nation. To be done and the political nursery of inclusiveness, tolerance, enlightenment, and coexistence in state building should foster critical thinking skills, inclusiveness, and respect for opposing ideologies in future generations of Pakistan.