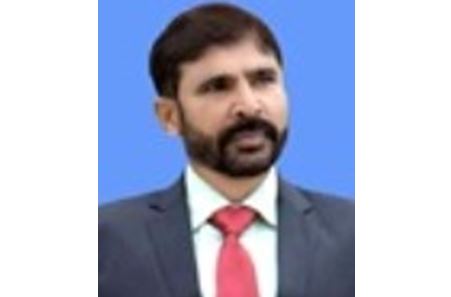 The filing of terrorism charges against former Prime Minister Imran Khan has increased the political temperature in Pakistan more than ever. Khan’s government was brought down by a no-confidence motion earlier this spring by a broad coalition of opposition parties. However, his ouster may also have been due to declining support from the establishment, including the other powerful circles of the country.

Nonetheless, Khan has managed to weave a narrative around his political downfall, claiming that he was overthrown by a foreign conspiracy of ejection of a Pakistani prime minister who was disagreed on some international issues want to make free foreign policy from the influence of major powers. Khan has skillfully exploited years of anti-American sentiment built up within the country as a result of the US military presence in Afghanistan. Khan has cited remarks from a conversation between the outgoing Pakistani ambassador to the US and a senior State Department official as evidence of a foreign conspiracy against him.

The latter said that in such circumstances it will be difficult for the US to rebuild relations with Pakistan under the leadership of Imran Khan. As Pakistan struggles to cope with an economic crisis that has seen inflation rises to unsustainable.

Current rulers are eager to secure international debt issuance to prevent economic collapse. Meanwhile, former Prime Minister Imran Khan has been holding mass rallies and rallies calling for early elections to capitalize on his regained popularity in an attempt to form a government for another term. Khan and his supporters have been using inflammatory rhetoric and harsh language, not only accusing political opponents of collusion with foreign powers. However, the establishment has also rejected these allegations. The Election Commission has declared Khan’s party guilty of receiving illegal funding from foreign countries. Khan is contesting the decision in court, which could potentially lead to a total ban on him and his political party. However, instead of retreating, Khan is moving forward. A senior political adviser to Khan was recently arrested on charges of treason for advising soldiers and officers on a television channel to disobey “illegal orders” from the military leadership. And allegedly, he was also subjected to torture. Khan gave another speech late last week in which he threatened the police and a female magistrate with arrest and torture of his political aide. The threat has led to fresh allegations against Khan. This time a case has been registered under the country’s strict anti-terrorism law. In which Khan has also received a three-day bail. Pakistan Tehreek-e-Insaf Party workers gather outside his residence to possibly prevent his arrest. The government of Pakistan has also banned the live broadcast of any speech of former Prime Minister Imran Khan. The current political situation has become quite dangerous and the country is suffering from political and economic instability. And on the other hand, the country is suffering from heavy rains and floods. In such a situation, the country is in dire need of unity and political stability in order to help the flood-affected persons and cope with the after-effects of this disaster. Because the rehabilitation of the flood victims after the flood will be a challenge, that requires more unity and endurance than chaos and instability. If the ruling coalition or the establishment decides to put Khan behind bars, it is likely that the former prime minister will resort to a call for public agitation, which could lead to greater disorder and violence in the country which already polarized. This situation can give more damage that the country cannot afford. Therefore, patience and tolerance must be shown on both sides so that the flood victim’s wounds can be healed and made recoveries possible.