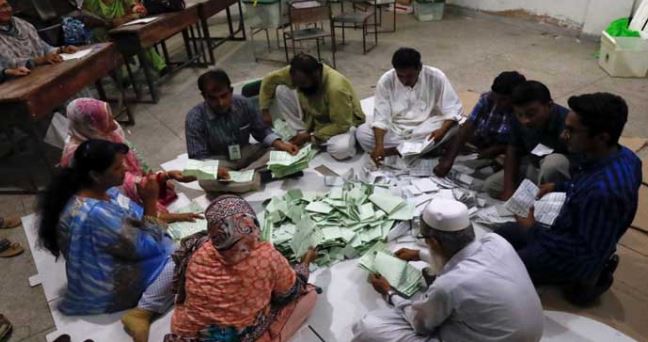 KARACHI, AUG 21 – The counting of votes is currently underway after polling for the NA-245 seat, which was left due to the demise of Dr Aamir Liaquat Hussain, ended in the Karchi constituency after it continued uninterrupted throughout the day.

It is pertinent to mention that Aamir Liaquat defeated Dr Farooq Sattar in 2018 after securing 56,673 votes.

The constituency is set to witness a tough contest among candidates of the PTI, MQM-P and Farooq Sattar. The MQM-P seems to have an edge as the PPP and Jamiat Ulema-e-Islam-Fazl (JUI-F) have withdrawn their candidates in favour of MQM-P.

Strict security plan has been chalked out to maintain law and order on the polling day.

On the other hand, Chief Election Commissioner (CEC) Sikandar Sultan Raja directed to ensure transparency and maintain peace at all costs during the ongoing polling process in Karachi’s NA-245 constituency.

“Riots and interference in the polling process will not be tolerated,” the CEC said and warned of swift action against violations of the law.

He directed the police and law enforcement agencies to remain alert and apprehend those who try to create unrest inside a polling station.

Indiscriminate and swift action will be taken against each incident of the violation of law, he vowed.