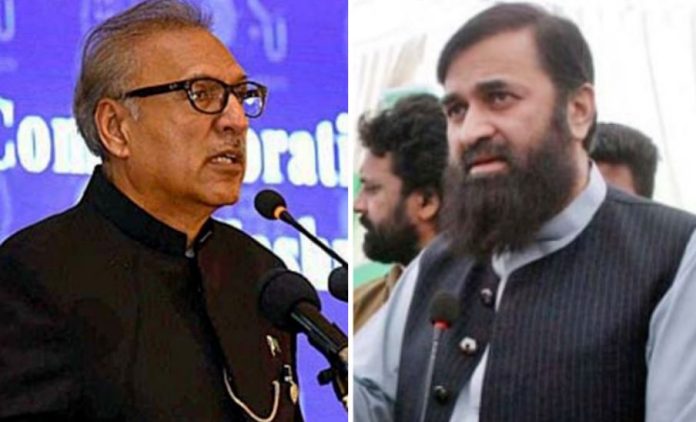 ISLAMABAD, MAY 30: In a surprising move, President Dr Arif Alvi on Monday approved the appointment of PML-N loyalist Balighur Rehman as the new Punjab governor, ending a weeks-long deadlock with the prime minister over the holder of the constitutional office.

The move comes after the president twice denied his assent to the prime minister’s nominees for the post, saying that Omar Sarfraz Cheema, who was de-notified by the federal government earlier this month, still held the office of Punjab governor as he (president) had not okayed his removal.

The Islamabad High Court (IHC) is currently hearing the case on whether the president has powers under the Constitution to overrule the prime minister’s decision to remove a governor. However, this move by the president might make those proceedings redundant.

According to a tweet from the President’s Office, Alvi approved the appointment based on Prime Minister Shehbaz Sharif’s advice in accordance with Article 101 (1) of the Constitution.

Rehman was elected to the National Assembly in 2013 and has previously served as the federal education minister.

Rehman’s predecessor, PTI’s Omar Sarfraz Cheema, was removed from office on May 9, despite the president’s resistance.

Cheema had been appointed as the governor on April 3, days before the Imran Khan-led PTI government was ousted through a no-confidence vote. During his short time in office, Cheema had repeatedly refused to administer oath to PML-N’s Hamza Shehbaz as the Punjab chief minister.

Eventually, PM Shehbaz had sent a summary for Cheema’s removal to the president on April 17, while Cheema had maintained that the prime minister did not have the authority to dismiss him and only the president could do so.

In that summary, PM Shehbaz had recommended the name of PPP’s Makhdoom Ahmad Mahmood as the Punjab governor. However, when President Alvi had returned that summary after holding it for 15 days without a decision, the premier had re-endorsed the advice on May 1, asking for Cheema’s removal and the appointment of PML-N loyalist from Bahawalpur, Balighur Rehman, in his place.

The president, however, had also rejected the second summary and conveyed to the prime minister that the governor could not be removed without his approval and would continue to “hold office during the pleasure of the president” in accordance with clause 3 of Article 101 of the Constitution.

Subsequently, the federal government, in a late night announcement on May 9, had notified that Cheema had ceased to hold office on the advice of the prime minister sent to the president on April 17 and reinforced on May 1.

Cheema has challenged his removal in the IHC, the next hearing of which is on May 31.