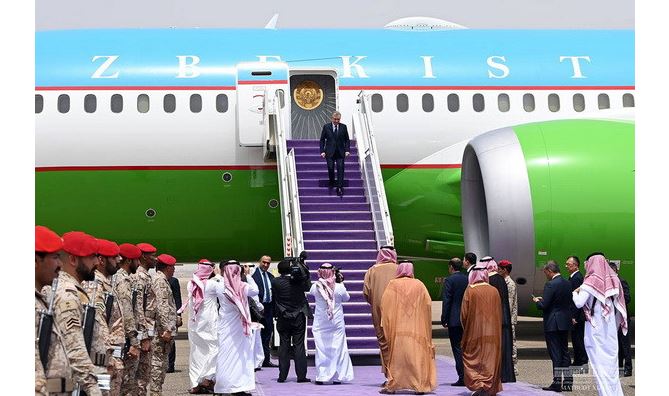 Tashkent, AUG 17: President of the Republic of Uzbekistan Shavkat Mirziyoyev arrived in the sacred city of Medina, from which the program of the state visit to Saudi Arabia begins.

The leaders of Medina Province met the President of Uzbekistan at the Prince Mohammad Bin Abdulaziz International Airport.

After a short conversation, Shavkat Mirziyoyev left for Al-Masjid an-Nabawi – the Prophet’s Mosque, which is one of the main Muslim shrines.