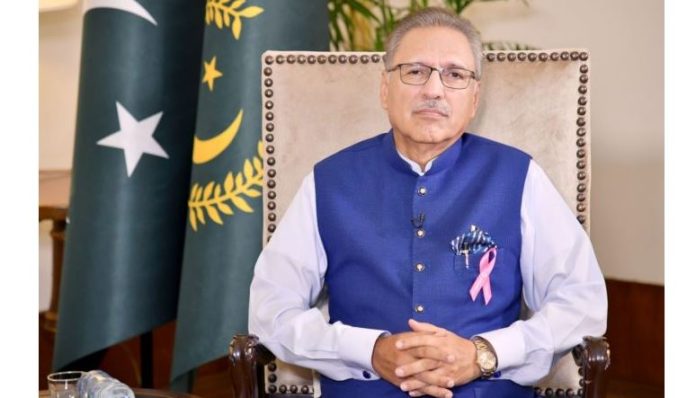 ISLAMABAD, President Arif Alvi has said that the Pakistan Air Force is the pride of country and is ever-ready to rise to every occasion to rekindle its glorious legacy when it is called to defend the motherland.

“September 7 is observed as “Pakistan Air Force Day” across the country to pay homage and salute the heroes and martyrs of the Pakistan Air Force (PAF) who valiantly and bravely defended the motherland, its borders and airspace and foiled the evil designs of the much bigger and resourceful aggressor by displaying professionalism par excellence during the Indo-Pak War in 1965,” the president said in a message on occasion of Pakistan Air Force Day.

Expressing his confidence, President Alvi said on the day of national pride, the PAF would once again renew its pledge to redouble its efforts for the defence, progress and prosperity of Pakistan in the same spirit of patriotism and unity, as displayed in 1965.

He said, “Our pilots not only defeated the Indian aggressive designs but also displayed unprecedented skill and courage during the warfare and achieved complete air superiority during the war.”

On this day, the president said, they paid rich tribute to the dexterity and skill of their pilots, especially the exceptional Pilot M M Alam, who made history by shooting down five Indian planes in less than a minute.

“I am glad that PAF over the years has developed into a modern hi-tech air force equipped with the latest technologies and is meaningfully contributing to nation-building efforts, particularly in the fields of aerospace, IT, health, education and sports,” he added.

The president further said that they found the PAF on the forefront to come to the aid of its countrymen during natural calamities such as pandemics, floods and earthquakes. Its services in aid to victims during the current super floods across the country were commendable, he added.