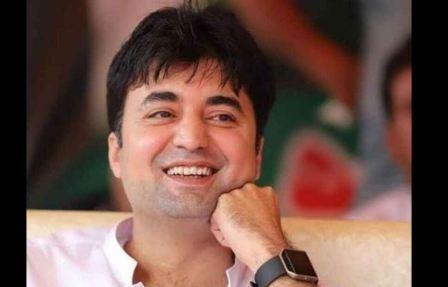 Islamabad, 24 Dec: President Arif Alvi in separate letters addressed to the Prime Minister and Chief Justice of Pakistan today has asked them to look into the issues raised by Mr. Murad Saeed to alleviate his grievances.

In his letters to the Prime Minister, Mr Muhammad Shehbaz Sharif, and Chief Justice of the Supreme Court of Pakistan, Justice Umar Ata Bandial, the President referred to the serious allegations levelled by the Parliamentarian,  which interalia included: fake, bogus, frivolous FIR was registered against him for the incident that occurred at Masjid-e-Nabvi, Madina Sharif, on 1st May 2022, despite the fact that he was in Pakistan, Multiple FIRs have been registered against him on same charges all over Pakistan. The aforementioned actions are against the fundamental rights enshrined under Articles 9,13, and 14 of the Constitution of Pakistan.

That Mr Murad Saeed raised the issue of deteriorating law and order situation in Malakand (Swat). Subsequently, he was threatened with dire consequences and was compelled by the law enforcement agencies to leave Swat, along with his family. The President pointed out that Article 15 of the Constitution of Pakistan provides that “every citizen shall have the right to remain in, and, subject  to any reasonable restriction imposed by law in the public interest, enter and move freely throughout Pakistan and to reside and settle in any part thereof”

That Murad Saeed raised the issue that on 18th August 2022, unknown armed persons, violated the privacy of his home, however, despite his repeated requests and Court’s order, FIR has not yet been registered by Islamabad Police. Moreover, unknown persons frequently follow and harass him with serious life threats. It appears as if the whole state machinery is failing in its duty and performance of functions and the President pointed out that such alleged acts are in violation of Article 9 of the Constitution and the law.