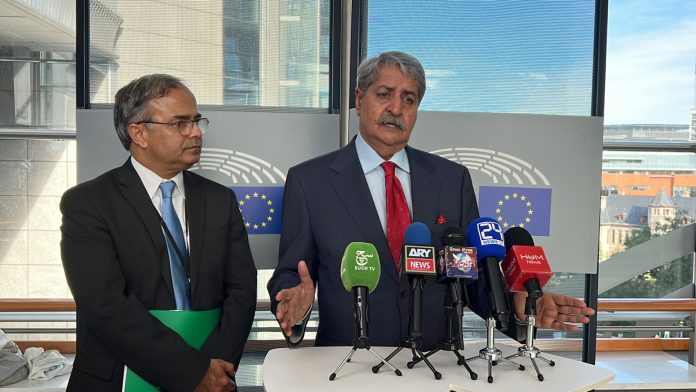 The Federal Minister for Commerce and Investment, Syed Naveed Qamar, who is visiting Brussels on an official visit, spoke to the representative of Media at the European Parliament today in Brussels.

The Minister briefed the media regarding objectives of his visit as well as his engagements with key the Members of the European Parliament, Senior Officials of the European Commission, Important member’s of various Parliamentary Committees and Belgian leaders.

The Ambassador of Pakistan to the European Union, Belgium and Luxembourg Dr Asad Majeed Khan was also present during the interaction.