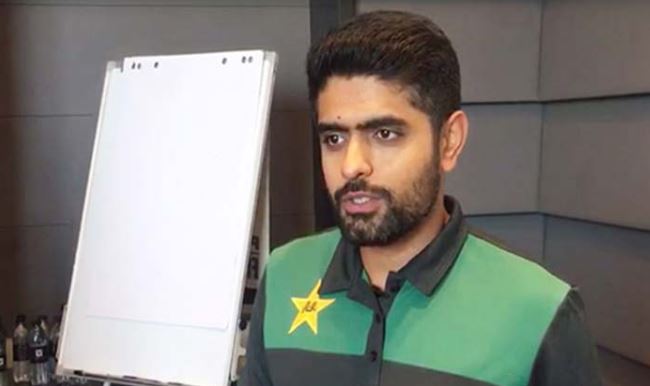 Talking to media in Dubai, the skipper said that Rizwan is playing extravagantly despite having an injury and he is doing well. He added that Rizwan’s MRI scan has been carried out for his injury but now he is feeling better.

Babar said that Mohammad Rizwan was admitted in hospital in T20 Wolrd Cup last year before the semi-final match against Australia and yet he performed for the Green Shirts. “I feel proud to have warriors like Rizwan,” he said.

While talking about match against India, he said, “After playing against India, our moral is high, we have planned to play with the same momentum in next matches.”

Babar further said that he feels happy that every player is performing well and there is a new Player of the match in every game.

Babar expressed pleasure while saying that if he gets dismissed then Mohammad Rizwan is there to perform.

Babar also explained that why Mohammad Nawaz was sent at number four in the match against India. Babar said that he was sent as a left-hand batter and he performed as per the plan.

Babar said that whatever plan he gives to the team, they follow his lead. “I have learned a lot while being a captain and it will continue as it is,” Babar said.

It is pertinent to mention here that Rizwan has been the leading run-getter since 2021 and he is only behind his teammate and no.1 ranked batter Azam and West Indies’ Nicholas Pooran.

The 30-year-old wicket-keeper batter has managed to maintain the highest average among the top-three ranked batters and has accumulated the most number of runs.

Rizwan has risen to the occasion in the ongoing Asia Cup 2022 and has been registering crucial performances for his side.