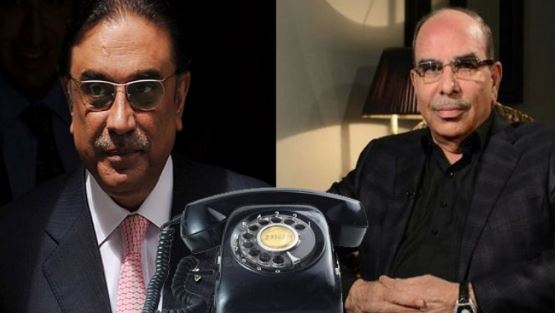 Talking to media persons, former Foreign Minister Shah Mahmood Qureshi said that it is out of question that former prime minister Imran Khan would ask someone to patch things up for him. These people get united just to degrade PTI Chairman, he added.

The PTI leader also criticized government for amendments in the NAB laws and alleged the new amendments were the ones they had once proposed to the PTI in an attempt to get the NRO. He told the journalists that a blanket cover had been given to all cases pertaining to money laundering and asset beyond means.

The senior PTI leader said his party had decided to approach the Supreme Court to challenge the amendments along with other election-related legislation passed by the government, saying “we also urge the top court to take notice of changes to the NAB law which has made the accountability watchdog dysfunctional”.

He was of the view that the entire exercise undertaken by the PML-N-led government was aimed at “benefitting” political personalities who were facing high profile cases. It merits mention that an alleged audio tape of famous property tycoon Malik Riaz delivering Imran Khan’s message to former President and Pakistan Peoples’ Party (PPP) co-chairman Asif Ali Zardari has been leaked.

Transcript of the audio: “Hello,” says Zardari while picking up the phone. Riaz said: “Assalamualikum sir.” The former president asked the businessman for the reason of his phone call.

“Sir, I just wanted to inform you about a matter that I have told you about before. I had told you that I wanted to talk to you about something and you told me that we would discuss it later,” Riaz can be heard saying.