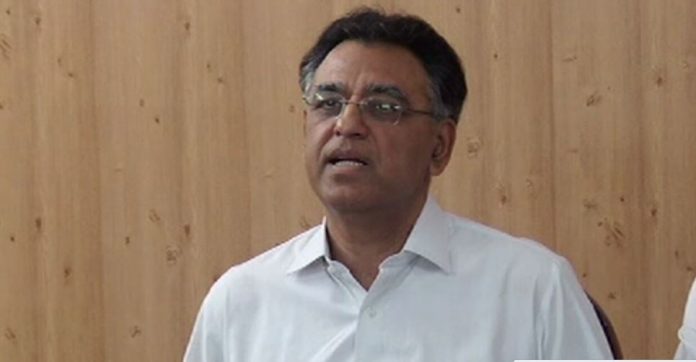 ISLAMABAD: PTI Secretary General Asad Umar on Friday excoriated the coalition government for imposing a “super tax” on large-scale industries, saying that the measure would “rattle the economy”, increase unemployment and inflation, shoot up imports and push Pakistan further into economic crisis.

“This is a huge blow to the growing industries,” he said at a press conference in Islamabad. In an address to the nation today, Prime Minister Shehbaz Sharif announced a 10 per cent levy on sectors including sugar, oil and gas, cement, steel, airlines, fertilisers, LNG terminals, textile, banking, automobile, cigarettes, beverages, and chemicals.

The new measures triggered a plunge at the Pakistan Stock Exchange (PSX) which crashed after the benchmark KSE-100 Index lost more than 2,000 points, or 4.8pc, in the morning session.

In his speech, PM Shehbaz had said the decision was taken to protect and support the poor segments from backbreaking inflation.

PTI, which was the largest party in the National Assembly before its members resigned en masse from the Lower House in April, disagreed with the premier’s assessment, claiming that the measures would instead further burden the public in the form of higher prices.

In his presser today, Umar said: “This [super tax] is an attack on those sectors of the economy that have the potential of growth […] that can increase production and livelihood […] and this is the reason why the market lost 2,000 points during Shehbaz Sharif’s speech.

“You can clearly figure out from this how dangerous and fatal the budget is for the economy,” the former federal minister pointed out.

For the past 20 years, he continued, Pakistan had a policy of gradually decreasing taxes on industries. “But they have ruined it all now.”

He further stated that even now, despite increasing prices of every commodity — diesel, petrol, gas, and food items — the PM said the deal with the International Monetary Fund (IMF) will only be signed if the fund doesn’t make more demands.

“This is a joke with the public,” he said.

“And then you ask people to be thankful? Mian sahab, you had a choice between protecting the public and hiding your corruption and you have chosen the latter,” the former minister added.

He also claimed that the government didn’t care about the public because it knew the public never chose it. “All they care about are the people who brought them. How will America be happy? Will it be happy by recognising Israel? By extending ties with India or by giving bases [to the US]?”

Meanwhile, countering the prime minister’s remarks on PTI leading the country towards a default, Umar said that when the Imran-led government was “ousted”, the foreign exchange reserves in the State Bank of Pakistan (SBP) were $16.4 billion.

“In the last three months, they have come down exactly by half. So, PM sahab, it was you who has driven the country to default, not us.”