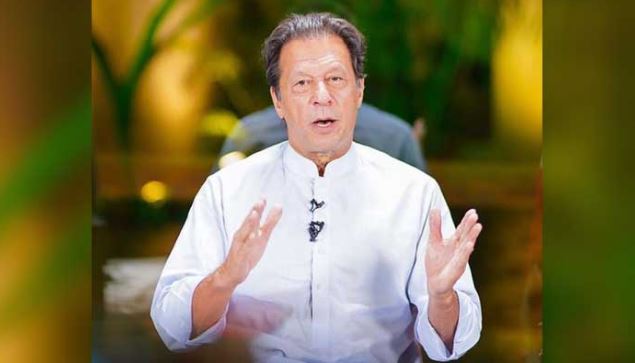 Tehtreek-e-Insaf wants to negotiate with the new military establishment

ISLAMABAD: The Pakistan Tehreek-e-Insaf is waiting for the arrival of the new army chief then it will decided as to when its march shall enter Rawalpindi or Islamabad.

According to well informed sources the PTI Chairman Imran Khan has told his party leaders that they have to wait for the new appointment no matter who steps into the shoes of the outgoing army chief. The party believes there was no point in talking to the outgoing establishment because it cannot help them anymore.

The sources say the government has made up its mind to announce the new army chief more likely on November 20. If it so happens then the PTI long march is expected to enter Rawalpindi on November 21.

Sources claim the government has also decided the name of the new army chief and final announcement shall be made after the military forwards a summary to the government in this regard.

According to sources the government also plans to amend the Pakistan Army Act in order to do away with the clause that gives government right to reappoint army chief and the chairman Joint Chiefs of Staff committee. If the amendment is approved then the word reappointment shall be replaced with retention, and the retention may be for one week, one month and so on and so forth. The reappointment means a full three years term.

According to this amendment the government can also extend tenure of any officer whose retirement draws near but the government wants to retain him. As the army has announced time and again that it will no longer be part of any political activity, therefore if the incoming army chief remains neutral then the question is how these two forces i.e PTI and the incumbent alliance would settle their issues.

If Lt General Asim Munir becomes the army chief then it will be difficult for the PTI to ask him for any role since the PTI Chairman had publicly announced he may not like this appointment, though later he changed his stance by saying his party had nothing to do with this appointment and it would welcome whosoever assumes this responsibility.

In the given circumstances it appears as if the PTI had to do a lot of toil in order to get its demands met including holding of the early elections. Analysts believe, when a general is elevated to the rank of army chief then he only belongs of his institution.