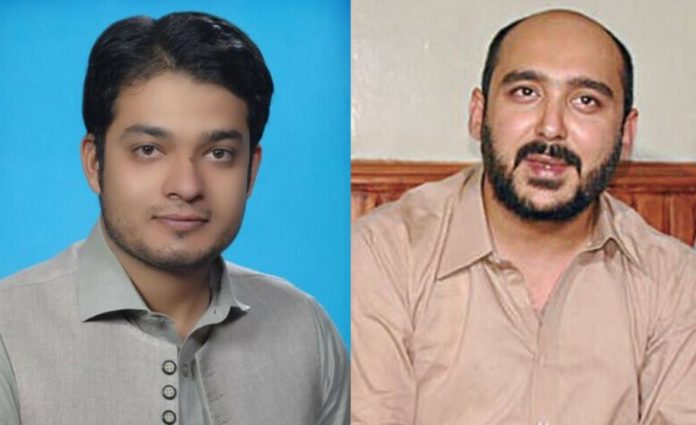 PTI’s Wasiq Abbasi was on Saturday elected the new deputy speaker of the Punjab Assembly (PA) unopposed after the opposition parties boycotted the election.

The office of the deputy speaker fell vacant after Abbasi’s predecessor, Dost Muhammad Mazari, was removed from the post through a no-confidence movement yesterday.

The PTI leader emerged victorious after his rival and PPP MPA Ali Haider Gilani refused to submit his nomination papers. The deadline to hand in the documents was 5pm.

Talking to reporters in his office, assembly secretary Inayatullah Lak said that they waited for the opposition’s candidate till 5:15pm but he did not show up.

He also read out Rule 9 of the Rules of Procedure of the Provincial Assembly of Punjab, 1997 which states: “At any time before 5pm, on the day preceding the day on which the election is to be held, a member may propose another member for election as Speaker by delivering to the Secretary a nomination paper 2 [set out in Part A & C of First Schedule] signed by him and accompanied by a statement by the member whose name is proposed that he is willing to serve as Speaker, if elected.”

Hence, Lak said that as per the rules Abbasi was elected the new deputy speaker.

In a statement after his victory, Abbasi thanked his party chief. “This election is not mine but for the narrative that Imran Khan created in the public.”

“We chose the lawful way and defeated them despite all the violent and pressure tactics they used,” he added.

Meanwhile, at a press conference later, PPP’s Gilani said that he had lost confidence in the House. “PTI MPAs themselves don’t trust their party anymore.

“Under these conditions, we have decided not to participate in the election of the deputy speaker,” he added.

Separately, PML-N leader Saiful Malook Khokar said that his party had boycotted the elections because of “Gujrat’s hooliganism”.

His statements come as a reference to the PA speaker’s elections held on Friday. In the election — which was held after former speaker Parvez Elahi was declared the Punjab chief minister in a long-drawn-out battle against PML-N’s Hamza Shehbaz — PTI’s Sibtain Khan had stood victorious with 185 votes of the total 364, while PML-N’s Khokar, managed to secure 175.

However, the opposition benches had alleged of foul play in the election and raised objections over the ballot papers.

Subsequently, Khokhar filed a petition in the Lahore High Court today claiming that the “impugned” election of the Punjab Assembly speaker was held in violation of Article 226 of the Constitution as votes had not been cast through a secret ballot.

He also demanded that the election should be declared null and void. Later, outside the court, PML-N leaders Atta Tarar and Rana Mashhood urged the LHC to fix the petition for hearing before the election of the deputy speaker.