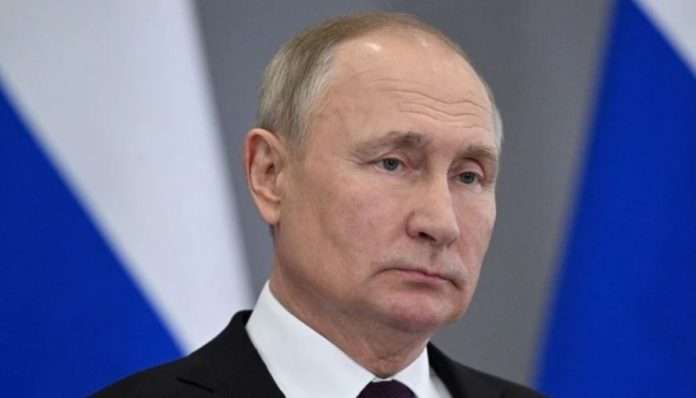 MOSCOW: Russian President Vladimir Putin said on Wednesday he was introducing martial law in four Russian-occupied regions of Ukraine that Moscow claimed last month as its own territory but is struggling to defend from Ukrainian advances.

In televised remarks to members of his Security Council, Putin boosted the powers of Russia’s regional governors and ordered the creation of a special coordinating council under Prime Minister Mikhail Mishustin to step up the faltering war effort.

He said the “entire system of state administration”, not only the specialised security agencies, must be geared to supporting what Russia calls its “special military operation”.

The package of moves, nearly eight months into the war, marked the latest escalation by Putin to counter a series of major defeats at the hands of Ukrainian forces since the start of September.

A Kyiv official said it would change nothing.

The published Kremlin decree ordered an “economic mobilisation” in eight regions adjoining Ukraine, including Crimea, which Russia invaded and annexed in 2014.

It placed them in a special regime one step below martial law and allowed for the restriction of people’s movements.

Putin conferred additional powers on the leaders of all Russia’s 80-plus regions to protect critical facilities, maintain public order and increase production in support of the war effort.

But it was far from clear how fast or how effectively the new measures might bolster Russia’s military position on the ground, and what effect they would have on public opinion.

The Russian-installed acting governor of occupied Kherson, Vladimir Saldo, confirmed that he would hand power to the military, according to Russian news agencies. But several Russian regions including Moscow that were named in parts of the decree said nothing would change for them.

Putin’s order came on the day that Russian-installed officials in Kherson told civilians to leave some areas as soon as possible in anticipation of an imminent Ukrainian attack.

Ukrainian presidential adviser Mykhailo Podolyak said on Twitter: “This does not change anything for Ukraine: we continue the liberation and de-occupation of our territories.”