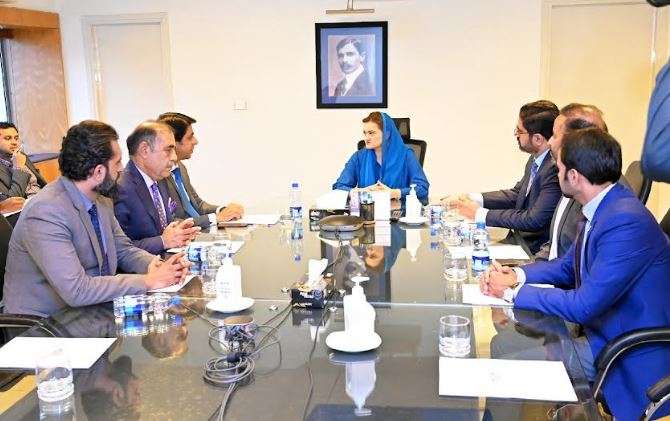 Rawalpindi: /DNA/ – Addressing issues of business community is the top priority of the government. The business community specially the private sector has played a vital role in uplifting the national economy. The Traders were the backbone of the country’s economy.

These views were expressed by Federal Minister for Information and Broadcasting Ms. Maryam Aurangzeb in a meeting with the delegation of Rawalpindi Chamber of Commerce headed by President Saqib Rafiq in Islamabad.

The Information Minister also welcomed the recommendations from the delegation to solve the economic problems.

She also assured the delegation for arranging a meeting with Prime Minister Shehbaz Sharif next week so that they can convey these suggestions directly to the Prime Minister.

President Saqib Rafiq also briefed the Federal Minister on the ongoing activities and future programs of the Chamber. He emphasized for close liaison and frequent connectivity with Government functionaries for early resolution of traders issues.