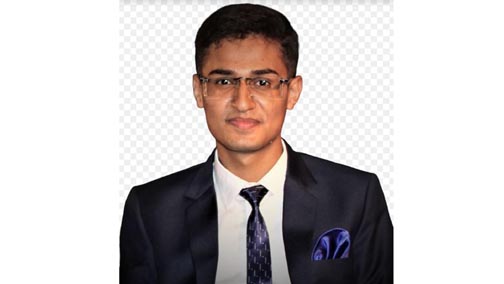 Thus, in Islam, reading, i.e. the acquisition of education, has priority over all other matters. A political party in Pakistan has been raising the slogan of “Riyasat-e-Madinah” for the past few years. The state of Madinah came into being after the migration of the Holy Prophet (P.B.U.H) to Madinah Sharif. It is worth mentioning that what was the first thing that happened when the Prophet (peace be upon him) arrived in Madinah? And that first thing was the establishment of a ‘Mosque’. Hazrat Muhammad (P.B.U.H) started teaching people Islamic teachings which included moral, economic, political and social values and ideals from the mosque.

He adorned the people with the jewel of education. As a result, the clouds of darkness and ignorance began to disperse. Then the eyes of beholders saw that a group of Sahaba like Hazrat Abu BakrSiddiq(R.A), Hazrat Umar Farooq(R.A), Hazrat Usman(R.A) and Hazrat Ali (R.A)emerged. They practicallymanifested the whole world the way to wrap up the success of both worlds. For example, no one has seen justice and fairness like Hazrat Umar (R.A) until today and he became a precedent for the world. The foundation of this success was the first commandment of Allah Almighty “Iqra”. A mosque is actually a place of worship as well as a place of learning.

And this work was done by the mosque in a great way during that period. But now, unfortunately, our mosques seem to be far behind in the execution of the latter task. This proves that the success of society lies in education. And according to Sir Syed Ahmad Khan, Rulers are like Societies. Education lightens the intellect.

And intellect,comprehension and logic enable a person to distinguish between good and bad. An educated person will condemn corruption, dishonesty, hypocrisy, rudeness, lying, disorder and all such social evils and an illiterate person who is incapable of distinguishing between good and bad will do the opposite.“Say, O Prophet, Are those who know equal to those who do not know?” (Quran 39:9).

It is wrong to say that the biggest problem in Pakistan is Injustice. Comprehension is required to identify any problem in society which eventually comes from education. There is a dire need for quality education that gives comprehension to the Pakistani nation. To date, the amount of money spent on education is not hidden from anyone. We have to identify our priorities thoughtfully and carefully. And we are running out of time.

Pakistan is now standing at a critical juncture politically and economically. Our politicians and decision makers have to decide that education must be a priority. It seems necessary to refer to Islam because Pakistan is an Islamic state and its constitution insists on refraining from any word or action contrary to Islamic teachings and principles. But in reality, this has not happened till today. Because we have been proven unable to understand and practice even the first principle of Islam in seventy-five years.

By following these principles, the non-Muslims have gone ahead of us and we now put our fingers in our mouths when we see their progress and prosperity. Because of this education, a competent twenty-seven-year-old young lady in Sweden has been appointed as the Minister forClimate Change. She does not hail from any Bhutto, Khan, or Sharif family. Because when the appointment of our Minister of Foreign Affairs took place, the nation was fooled.

He is not sitting on this chair because of any education, hard work or merit, but he hails from a powerful family, so he stands entitle for this chair. We need to take concrete steps to provide quality education instead of always chanting that Injustice is our biggest concern.

The author is a student of Strategic Studies at National Defence University, Islamabad. He tweets at @afnanwasif