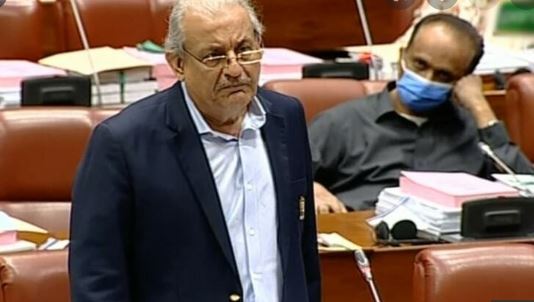 ISLAMABAD: PPP Senator Raza Rabbani on Tuesday suggested the formation of a parliamentary committee tasked with looking into the defence budget as he pointed out that the budgetary allocations for the military had never been considered for a discussion in the parliament.

In the budget presented by Finance Minister Miftah Ismail on June 10, defence services were allocated Rs1,523 billion, which makes up 17.5pc of the total current expenditure and is 11.16pc higher than last year. In terms of expenditure, the defence budget is 16pc of the government’s planned total outlay — exactly the same as it was a year before.

The declared increase in defence budget was in sharp contrast to the cuts in spending on the development sector (11pc), health (31pc), education (1.5pc) and housing (77pc).

The allocation makes up nearly 1.94pc of the GDP and 16pc of the total expenditure planned by the government for the next year.