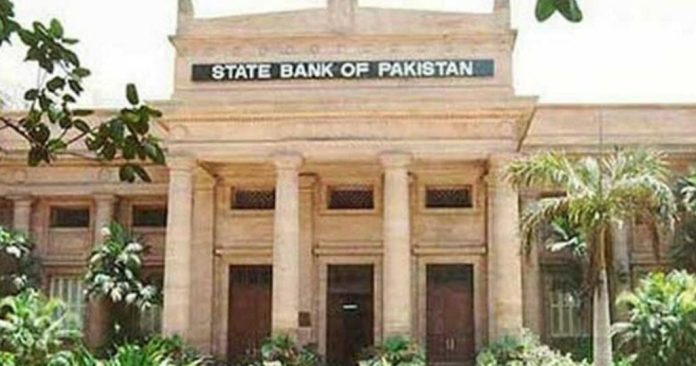 KARACHI: The State Bank of Pakistan (SBP) on Tuesday dismissed reports claiming that its foreign exchange reserves had “dried up”, and clarified that neither the country’s banks had run out of US dollars nor the central bank had stopped import payments.

The statement from the central bank comes amid reports of its reserves falling to an alarmingly low level along with the suspension of import payments.

However, the SBP said its foreign reserves stood at $8.99 billion. “These do not include gold reserves, and are fully usable for all purposes.”

The central bank clarified that it had not stopped import payments and that commercial banks had sufficient dollar liquidity to execute those payments.

“Import payments of around $4.7bn have been executed through the interbank market during the month so far,” the SBP added.

“State Bank has not stopped banks from making import payments. Even today, roughly about $200m import payments have been executed,” SBP Chief Spokesman Abid Qamar said earlier in the day.

According to SBP, Pakistan’s reserves have fallen by another $234 million to close just below $15 billion. The central bank’s share in these reserves is just under $9 billion.

A day ago, local financial portal Tresmark said that the rupee’s misery was compounded by the ultra low levels of forex reserves.

“With almost no free liquidity, it is expected that the central bank does not have the resources to control the market,” it pointed out. “With low levels of inflows and substantial outflows, especially end of June, SBP is dipping in to commercial bank’s share of reserves to square payments, resulting in low or negative swap premiums.”

Keeping this in mind, it went on, there was no stopping the rupee from further losses.

“On average, it (the market) is losing Re1 every day and will only stop when Pakistan receives fresh inflows. If we were to assume that that inflow will be from IMF, then the government should focus all its resources on having IMF on board and jump the queue as we can not afford even another week [like this],” the overview added.