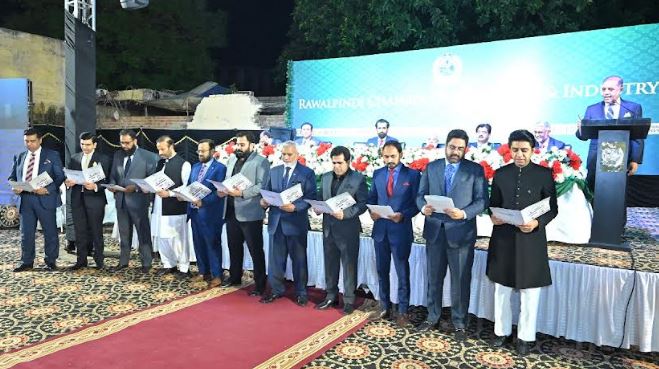 Group leader Sohail Altaf said that the country’s economy is facing difficulties at the moment and hailed the appointment of the new Finance Minister Ishaq Dar. He said that the business community has a lot of hope. However, the business community is very concerned about the deployment of FBR staff within the Business premises and strongly condemns it, it amounts to harassment, he added.

In his address on the occasion, newly elected President Saqib Rafiq said that his first priority will be to make Rawalpindi the center of commercial activities and to provide maximum facilities to the Chamber members. Close liaison with all government institutions and business associations will be enhanced. SM Naseem also congratulated the newly selected team for taking charge of their positions.

Senior Vice President Hamza Sarosh, Vice President Faisal Shahzad also addressed the event and assured that they will work as a team and leave no stone unturned for the betterment of the business community.