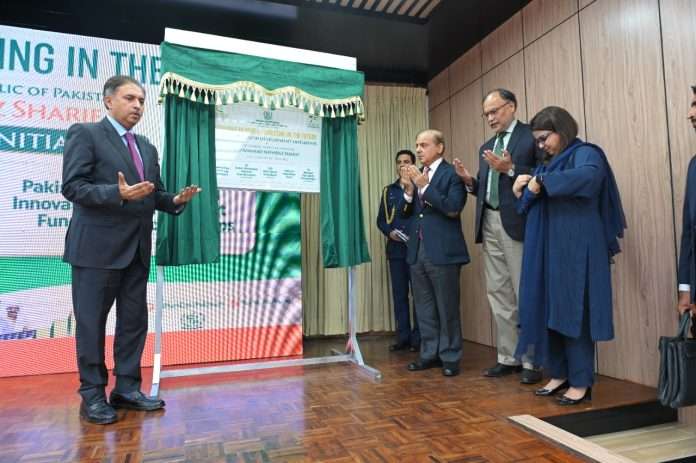 ISLAMABAD: Prime Minister Shehbaz Sharif said on Thursday he was even ready to talk to PTI leadership in the larger interest of the country adding his sole aim was to turn Pakistan into develop country.

The Prime Minister made these remarks while speaking on the launching youth initiatives. Federal Planning Minister Ahsan Iqbal also spoke on the occasion.

The Prime Minister added, Imran  Khan during his tenure did a great damage to the country. He said when the coalition government came into being after departure of the PTI regime, the country was literally in a mess. The economy was in shatters. However the country was saved from default by the hard work of his economic team.

Speaking at the occasion, the Prime Minister highlighted the crucial role of young people in the society and assured that his Government will continue to strengthen the initiatives for youth and will broaden its scope to benefit young generation across the country. “Increase in number of young population is a great opportunity for our nation, we only need to provide them with right skills and enabling environment.”

Addressing the youth, the Prime Minister said that education is the biggest weapon that you need to excel in life. “I would like our young generation to promote tolerance in the society and stand out in their chosen fields. I assure you resources will follow when you have a clear vision, commitment for your cause and passion for hard work.” He said that though situation caused by floods has caused great economic disturbance but still the Government will continue to put in more and more resources aimed at empowering our young minds.

Earlier, in his welcome address, Federal Minister for Planning, Development and Special Initiatives Mr. Ahsan Iqbal said that no stone will be left unturned to make sure that Pakistani youth gets best possible chances to shine in their chosen fields and serves this country to the best of their abilities.

He appreciated the Prime Minister for his landmark projects for youth during his stints as CM Punjab. He briefly shared the vision behind all the five programmes launched on the occasion and assured that despite limited resources development of country’s youth will remain among the top-most priorities of the government.

It is pertinent to mention that one of the above-mentioned programmes “75 MS and PhD Scholarships for 25 top-ranked international universities” will be executed by the Higher Education Commission of Pakistan and will include 40 PhD and 35 MS scholarships to Pakistani and Azad Kashmir nationals. The scholarship awardees will study in the world’s 25 universities ranked world’s top by the QS and Times Higher Education (THE) World Rankings.

Students aspiring to avail themselves of the scholarships to be awarded on first-come-first-served basis can submit an online application through https://eportal.hec.gov.pk by March 21, 2023. All Pakistani/Azad Kashmir nationals are eligible to apply, however, they shall provide a proof of confirmed/unconditional admission or enrolment in any of the world’s 25 top-ranked universities.