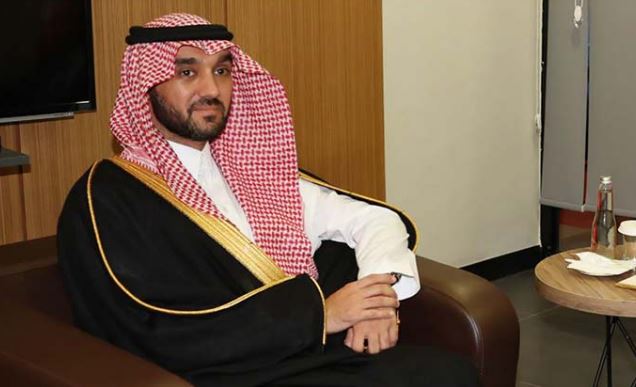 JEDDAH, AUG 21: Saudi Arabia sees hosting an Olympics as its “ultimate goal” in a growing sports portfolio, its sports minister told, while rejecting criticism of the kingdom over its rights record.

Sports Minister Prince Abdulaziz bin Turki Al-Faisal spoke to in the Red Sea city of Jeddah ahead of the heavyweight boxing clash in which Ukraine s Oleksandr Usyk beat Anthony Joshua of Britain in the early hours of Sunday.

In 2034, the capital Riyadh will host the Asian Games, a large-scale multi-sports event that Prince Abdulaziz said could foreshadow a bid for the Summer Olympics.

“Our main focus now is the 2034 (Asian Games),” which will take place two years after Brisbane, Australia hosts the 2032 Summer Games, he said.

“We re open to discuss with the IOC about this (Olympics) for the future. I think Saudi Arabia has showcased that we can host such events”.

He added: “Definitely, the Olympics would be an ultimate goal for us… But we re open to that and I think we can.”

The Usyk-Joshua fight came a day after the United Nations rights office said it was “appalled” by the 34-year prison sentence a Saudi court issued to Salma al-Shehab, a doctoral student in Britain.

She had been found guilty of aiding dissidents seeking to “disrupt public order” in the kingdom by relaying their tweets.

Saudi Arabia has drawn major criticsm over the 2018 murder of journalist Jamal Khashoggi and for cracking down on rights activists, many of whom have been jailed or banned from travel.

Saudi sports events are routinely accused of being used as a distraction from human rights violations, a practice dubbed “sportswashing”.

Prince Abdulaziz argued the criticism is off the mark and pointed to signs of change in the country.

“And the facts show that hosting these events benefit our people and benefit these changes that are happening and benefits living in Saudi.”

Last year the kingdom joined the F1 circuit, and the state Public Investment Fund is bankrolling LIV Golf, which has lured a swathe of top players with hefty signing bonuses and $25-million purses, creating a schism in the sport.

In response to LIV, the US PGA Tour has imposed indefinite bans on players who defect and raised the purses of several events, and this week Tiger Woods and Rory McIlroy led a meeting of PGA Tour players on combating the new competition.

“Not really, honestly,” he said. “I think that if there s a benefit for the sport, then why not, whoever does it.

Saudi Arabia is also bidding to host the 2027 Asian Cup and the women s version in 2026, along with the 2029 Winter Asian Games at NEOM, a futuristic megacity project on the Red Sea.