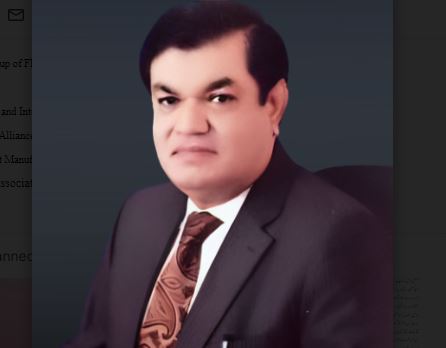 The economy does not have the capacity to oppose the IMF, so the agreement made with the international organization should be respected, he said.

Mian Zahid Hussain said that the former government did not show seriousness in dealing with the IMF, as a result of which the economy was ruined and the rupee became as worthless as tissue paper, the effects of which will take at least ten years to recover.

Talking to the business community, the veteran business leader said that the mistakes of the previous government should not be repeated.

Pakistan can get a tranche of 894 million dollars only after the success of the ninth review of the IMF, but neither the flood damage has been accurately assessed nor the revenue has been increased as per the deal with the lender, he added.

The business leader said that no specific measures have been taken to increase revenue, reforms in the energy sector are not being made and sales tax on petroleum products is being delayed and which is unacceptable to the IMF.

He said that while the foreign exchange is being saved and the deficit is being reduced by controlling the imports, the government’s income is also being affected, which is not tolerable to the IMF.

The IMF wants the tax revenue to be at least 11% of the GDP which is difficult for the government in the current situation.

Due to these reasons, the IMF’s review mission is continuously being postponed since October, which is not good for the economy.

Due to differences with the IMF helping the flood victims are affected and Pakistan is not getting the concessions that it is seeking.

Foreign and local investors are also uneasy while anxiety is increasing in the market which needs to be relieved otherwise the economy will suffer a lot.

Pakistan has to pay one billion dollars on the maturity of Sukuk bonds on December 5. The finance minister is assuring this payment but the investors are unsure about it.

It has become impossible for the government to obtain bonds or loans on a commercial basis in the present scenario while this government has to repay almost thirty-two billion dollars under the head of debt and liabilities.