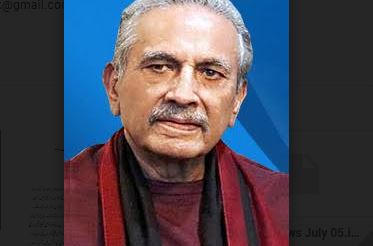 ISLAMABAD, JUL 5: Former President of Islamabad Chamber of Commerce and Industry (ICCI) Dr. Shahid Rasheed Butt on Tuesday said due to the unbearable price of oil and gas, many countries have planned to get electricity through nuclear sources.

The US, EU and other countries are returning to nuclear power in a big way after decades of gap to reduce dependence on expensive oil and gas that can endanger the world, he said.

Shahid Rasheed Butt said that the developed world also wants to reduce dependence on Russian oil and gas which may result in a disaster as only one country France is building 14 nuclear reactors.

The business leader said that many countries had shut down their nuclear power plants after the accidents at Chernobyl and Fukushima.

For a long, many nuclear power facilities were closed the number of experts in this industry also declined and now most of the experts have either retired or died.

Now due to the lack of experts, rehabilitation of old nuclear power plants and construction of new power plants is a dangerous move which must be reconsidered before investing billions of dollars in this.

“World should not play with fire in an effort to get cheap electricity,” said Mr. Butt adding that nuclear power plants do not spread pollution, but nuclear waste has to be disposed of very carefully, which can spread radiation for hundreds of years.

Hopes of a fall in oil prices have dashed, leading to an increase in the race for nuclear energy, which could be dangerous for the world’s future, he observed.

It would be better to use renewable energy sources instead of relying on old nuclear technology which is very dangerous, he said.