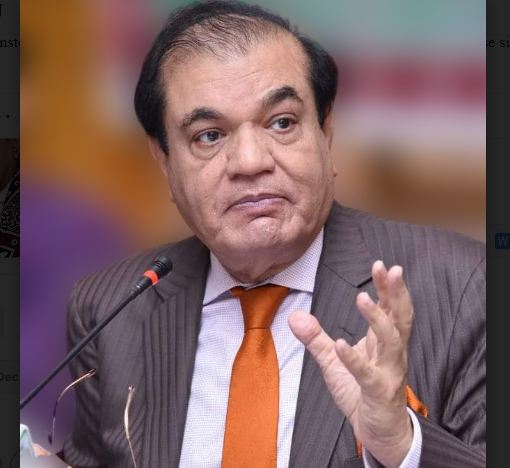 The political chaos is causing great damage to the country’s economy which should be brought to an end in the national interest, he said.

Mian Zahid Hussain said that the production, exports, investment, and remittances are continuously falling and due to an unannounced ban on imports and some other factors, the revenue shortfall will be at least Rs800 billion which may cross the mark of Rs1100 billion.

Talking to the business community, the veteran business leader said that if the prices of oil in the global market are further reduced, instead of reducing their prices in the local market, the revenue shortfall should be met by increasing the sales tax.

An aggressive marketing policy should be made to increase exports. Subsidies should be stopped and this money should be spent where it is needed, he said.

Mian Zahid Hussain said that if the government convinces the IMF to lower the tax target, the revenue shortfall can also be reduced, but this will be a temporary measure.

He stressed that in order to maintain the current setup and win the next election, the current government has no option but to improve the economy.

If the economy cannot be improved, people will not vote for him. The current ground situation is that industrial and agricultural production, exports, investment, and remittances are continuously falling.

Hundreds of factories have been closed and millions of people have become unemployed.

There are 4,000 containers of imported goods at the port which are not being cleared due to a shortage of foreign exchange and the effects of the shortage of many essential commodities in the country are beginning to be felt, he informed.

Due to the difference of twenty-five rupees between the official and market rate of the dollar, handi traders have found a new opportunity, and Pakistanis living in other countries are also preferring illegal means to send the foreign exchange to Pakistan.

In this situation it would be better to liberalize the dollar, the appreciation of the dollar would increase exports, remittances, and revenue collection, which would also provide resources for direct subsidies to the low-income class to combat inflation.

Mian Zahid Hussain further said that the interest rates are increasing in developed countries due to which investors are preferring Western countries for investment instead of developing countries therefore policymakers plan to deal with these situations.