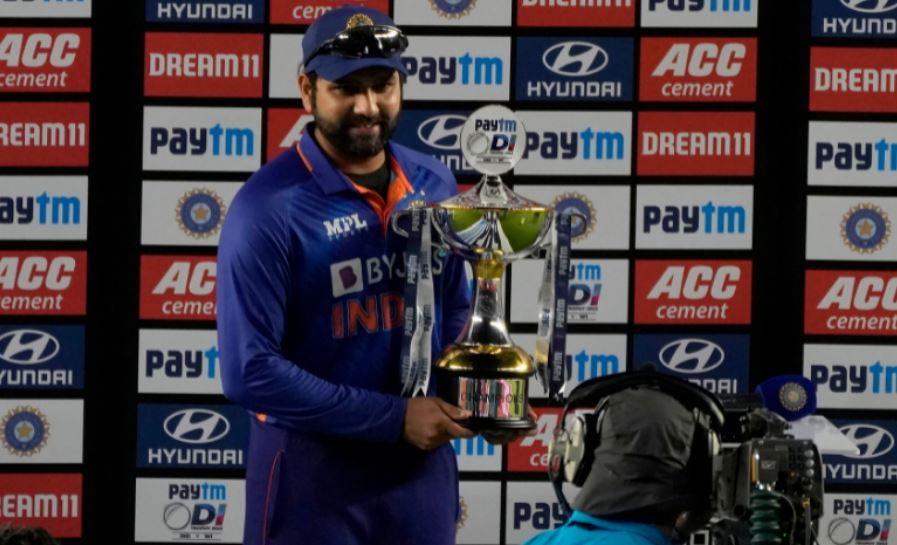 Ahmedabad: India top order batsman Virat Kohli had a subdued one-day series against West Indies but captain Rohit Sharma said the team were not worried about his form.

While India completed a 3-0 series sweep in Ahmedabad on Friday, Kohli did not shine, managing scores of eight, 18 and zero.

But Rohit laughed off suggestions that the person he replaced as India’s white-ball captain was low on confidence.

“Virat Kohli needs confidence? What are you saying?” an amused Rohit told a reporter after Friday’s victory.

“Not hitting hundreds is different but in South Africa, he just made two fifties in three matches.

“I don’t see anything wrong with his game. The team management is not at all worried.”

Rohit admitted India’s top order was lacklustre but felt it could have been a blessing in disguise as the team’s middle order got a chance to do more batting.

“In this series we saw how our middle order read the situations and batted accordingly. It’s a big positive for us. We want to carry it forward.”

In all three games, West Indies did not last the full quota of 50 overs or reach 200 runs.

“It does need urgent attention because it has lost us the last two games,” head coach Phil Simmons said of their woeful batting.

“So batting is a huge concern and people have to stand up now as we go into our next set of ODIs in June.”

The teams will next clash in a three-match Twenty20 series in Kolkata beginning on Wednesday.