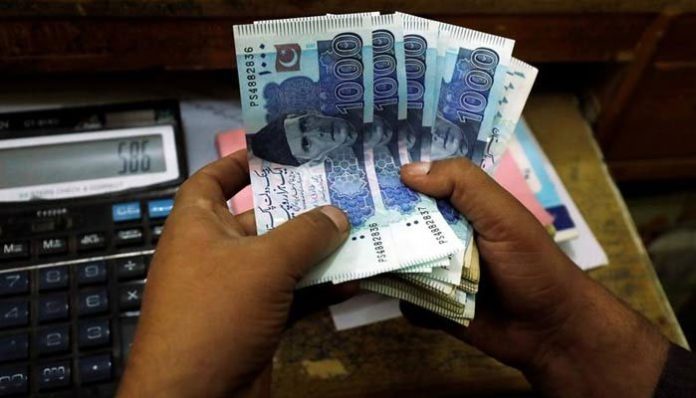 KARACHI: The Pakistani rupee continued its downward slide against the US dollar as it depreciated over Re1 in the interbank market during early morning trading on Wednesday.

A day earlier, the Pakistani rupee closed at Rs205.16.

The rupee plumbed to a fresh record low on Tuesday as doubts increased about the revival of the much-needed $6 billion International Monetary Fund (IMF) bailout package after the country’s recently unveiled budget could not satisfy the lender.

Traders said the rupee has been losing ground due to the balance of payment crisis and falling foreign exchange reserves. But, the IMF comments on the measures announced in the budget added new pressure on the domestic currency.

The IMF has asked Pakistan to take “additional measures” to strengthen the budget and bring it in line with the key objectives of the fund programme.

Earlier speaking to Geo.tv, Arif Habib Limited Head of Research Tahir Abbas recalled that the finance minister, in the post-budget press conference on Saturday, said that the IMF had expressed concerns about the budget numbers, including fuel subsidies, a widening current account deficit, and the need to raise more direct taxes.

The analyst said: “Uncertainty in the market has begun since then.” He further identified quarter-end import payment pressure as another key factor behind this decline.

Abbas predicted that the local currency will stay volatile during the last month of the outgoing fiscal year 2021-22 — June.