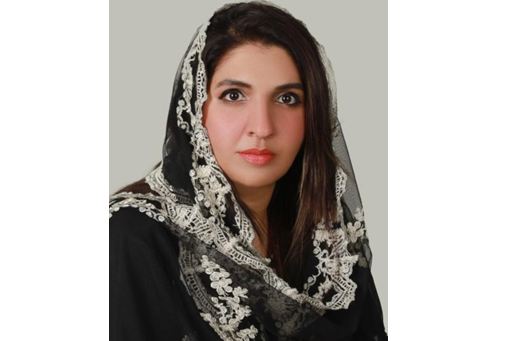 Musadik Malik, Pakistan’s State Minister for Petroleum, stated on 5 December2022that negotiations for the purchase of liquefied natural gas (LNG) are now under on with private Russian companies. He also mentioned that Islamabad has contacts with the federal LNG producers in Russia. Therefore negotiations over the pipeline projects with Moscow have advanced significantly. Russian Foreign Minister also mentions the supply of Russian Crude oil to Pakistan.

Russia, which is often referred to as an “energy superpower,” is the world’s top exporter of both natural gas and oil. It has long been the main source of petroleum and natural gas for the EU.   Since Russia invaded Ukraine in February 2022, things have gotten worse as a result of an energy stalemate with Europe. In May 2022 Gazprom cut off supply through the Yamal-Europe pipeline that crosses Poland, just 44 hours after Ukraine restricted the flow of natural gas through its territory into Europe and accused Russian forces of interfering. According to RIA Novosti, sanctions imposed on EuRoPol GAZ, the parent company of Gazprom, led the business to halt shipments. Europe is currently experiencing the biggest energy crisis in years.

After 11 months of Ukraine war, Russia has given indication to resume the energy supply to Europe. According to Russia’s Deputy Prime Minister Alexander Novak, who spoke to the Russian state news agency TASS on December 25, 2022, Russia is prepared to restore gas deliveries to Europe via the Yamal-Europe gas pipeline and it can also send supplies to Pakistan and Afghanistan in the long term.

“The European market remains relevant, as the gas shortage persists, and we have every opportunity to resume supplies. For example, the Yamal-Europe pipeline, which was stopped for political reasons, remains unused, and”Novak said,“ The increased demand for Russian gas cannot be ignored”

“Today, we can confidently say that there is a demand for our gas. Therefore, we continue to consider Europe as a potential market for the sale of our products. It is clear that a large-scale campaign was launched against us, which ended with acts of sabotage against Nord Stream,” he said.

These remarks are the most glaring proof yet that Russia is trying to put pressure on Europe to ease the economic sanctions imposed as retaliation for its invasion of Ukraine so that the taps may be switched back on over the winter.The overall supplies in November 2022 were 1.86 Bcm, compared to 10.09 Bcm in November 2021, revealing the magnitude of Russian supply restrictions.

Traditional war is an expensive option and states lose economically even though they win it militarily. Russian eagerness to resume the gas and oil supply and explore Eastern opportunities along with western demands is obvious. And here we can find its convergence of interest with Pakistan. Because of its energy crisis and high inflation, Pakistan is looking for cheaper and easily accessibleoptions to manage the supply and demand of oil and gas for local consumers. In this regard, Moscow urged that Pakistan first honor its pledge to the Pakistan Stream Gas Pipeline (PSGP), the main project, which would be built from Karachi to Lahore, Punjab. The Pakistani government’s response included a revision in the PSGP project’s model. The Russian side claimed that, with the exception of a few ownership agreement elements, the project’s GtG (government-to-government) model had already been decided upon.

The Pakistan Stream gas project, also known as the North-South gas pipeline, is a long-delayed gas pipeline that is crucial to the economy of the south Asian nation. It is decided to be constructed in association with Russian companies. In order to transport imported Liquefied Natural Gas (LNG) from Karachi on the Arabian Sea coast to power plants in the northeastern state of Punjab, the two states decided to construct a 1,100 km (683 miles) pipeline in 2015.

Two important gas-related projects—the Pakistan Gas Stream Project and the Iranian offshore gas pipeline—have proved difficult for Pakistan to implement. These two projects have been in the works between Pakistan and Russia for a number of years, but have been stalled by US disapproval.

The pipeline was initially to be built by Russia under the build, own, operate, and transfer (BOOT) model. According to this proposal, Moscow would finance 85% of the project and hand it over to Inter State Gas Systems (ISGS) of Pakistan after 25 years.

RT Global was chosen by Russia, while ISGS was chosen by Pakistan to assist in making the initiative a reality. The US placed sanctions on RT Global not long after both states decided to forward with the venture. Later, Russia selected a number of companies to begin the project’s construction. However, there hasn’t been any progress to date. The framework of the gas pipeline project was altered during the rule of Pakistan Tehreek-e-Insaaf (PTI), and the two states signed an agreement saying that Pakistani companies would have 76% of the shares and Russia would keep the remaining 24%.

The PGSP is not the only one in Pakistan, another collaboration pact was struck by Gazprom and the Pakistani Oil and Gas Development Company Limited (OGDCL) in 2017. In accordance with the agreement, Pakistan and Russia agreed to examine the possibility of supplying gas to Pakistan and other countries as well as to build hydrocarbon projects there and in other countries. A $10 billion agreement was inked by Gazprom and Pakistan in 2018 to perform a feasibility study for the construction of an offshore pipeline between Iran and Pakistan. The North-South Pipeline Project and underground gas storage facilities in Pakistan were promised investments totaling $14 billion by the Russian side back in 2019.

These decisions are further influenced by other market actors. Pakistan receives significant amounts of oil from Kuwait and Saudi Arabia. Saudi Arabia supplies Pakistan with crude oil, whereas Kuwait supplies refined petroleum products. Some of the goods are arranged through spot cargo.

Qatar has controlled the gas market in Pakistan while Saudi Arabia and Kuwait have dominated the oil market. According to authorities, “under this circumstance, Pakistan and Russia might have an energy agreement that would assist strengthen the strategic relationship between the two states.” In order to provide the Pakistani delegation with virtual support while they are in Russia for negotiations, the government has also established a high-level committee made up of heads of oil corporations, primarily from the government sector.

Another step is that Moscow intends to prepare a presidential order prohibiting Russian traders and corporations from selling oil to states that participate in the system to cap the price of Russian oil. In this case, Pakistan cannot trade oil with Russia if it is relying on receiving a No Objection Certificate (NOC) from the US. An oil and gas trade agreement is being negotiated between Islamabad and Moscow at a time when energy projects between the two states have been put on hold because of the conflict in Ukraine. Other participants are the US and the KSA, Kuwait, and Qatar.