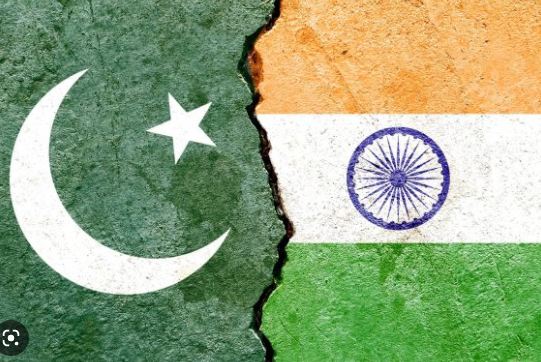 “India and Pakistan can agree on one thing: neither wants the other one around”, writes Tim Marshall in his book “Revenge of Geography”.

The states that consider each other their rivals are always embroiled in security dilemma. If one state adds any new weapon in its defenses, then other states comprehend this as power imbalance. Hence, in return, the second state will also boost its defense to maintain the balance of power. This spiral goes on and both states continue developing their defense. Such is the case of Pakistan and India, archrivals since independence have fought four wars.

India wants hegemony in the region while Pakistan is a major obstacle for India. India is following an offensive realist policy to maximize its power, its acquisition of S-400 and deployment at Pakistan border is destabilizing the regional stability. S-400 is “mobile air-defense system” that has the capabilities to engage the cruise missile, aircrafts and ballistic missiles. S-400 attracts many states to buy because of its advanced technology. It has engagement radar, surveillance radar and can fire four types of missiles, including short range up to 40km, medium range up to 120km, long range up to 250km, and missiles up to the range of 400km.

India has been trying hard to acquire the S-400 air defense system. The only hindrance was the danger of sanctions imposed by US under CAATSA (Countering American Adversaries Through Sanctions Act), which allows the US President to impose sanctions on states that engage in arms deal with Russia. New Delhi is Washington’s partner in countering Beijing. India has got waiver from the US because Washington cannot impose sanctions on New Delhi as it would create ill-feelings against America in India. US needs India in the Indo Pacific. It is major non-NATO ally of the US being part of the QUAD that is meant to counter China in the region.

There are several ambitions that have pushed New Delhi to acquire S-400. Obviously, military might is considered as major determinant to acquire hegemony in the region. As Mearsheimer states, the “states must accumulate maximum power for themselves and should contend to flip the balance of power in their favor”; India is thus following the same hegemonic designs. It has found this as state-of-the-art weaponry which can strategically upgrade its military. In addition to this, New Delhi wants to establish multi-layer air defense over Mumbai and the capital. It is using indigenous air defense systems i.e. “Prithvi Air Defense” (PAD) and “Advanced Air Defense” (AAD). S-400 will provide India a second layer of air defense.

Moreover, India wants to deter Pakistan’s aircrafts as stated by Air Chief Marshal (retd) B S Dhanoa, who says the purpose of the S-400 missile system and Rafale is to hit Pakistani aircrafts inside the Pakistan air space and not when they come inside the Indian territory”. Another important factor behind the Indian acquisition of S-400 is that Beijing deployed the same S-400 in 2018. India and China have engaged in war in 1962 and skirmished in Ladakh and Gawlan valley in 2020.

The Indian acquisition of S-400 has serious implications for Pakistan. If India deploys the S-400 in Jalandhar, then it can target Islamabad. While if India decides to deploy it in Amritsar, then Pakistani cities including Peshawar would be in its range.

The deployment of S-400 would make India think that it is invincible and this feeling would lead to aggressive postures by India. New Delhi will further increase the threats to Islamabad. The recent firing of missile in the territory of Pakistan from India is an example of any adverse event that can give rise to war between the two rivals. India can exacerbate any such situation because now it has a solid defense system.

In addition to this, New Delhi has though “No-First-Use-Policy”, yet recent statements by Indian officials suggest that India can change this policy. The country that can face the aggressive designs of India is Pakistan. There are multiple options for Pakistan. First, it can follow New Delhi and purchase the same defense system although, given the condition of Pakistan’s economy, it is currently not possible for Islamabad.

Another option for Pakistan is to develop the delivery systems that can exhaust the Indian defense system. The recent achievement of Pakistan was the development of “Ababeel” like Multiple Independently Targetable Reentry Vehicle (MIRV). It has a range of 2,200 km and can target multiple missiles that can exhaust the S-400. Moreover, the indigenous missiles of Pakistan have capabilities to bypass the S-400.

Another option for Islamabad is to develop hypersonic missiles that cannot be detected by S-400. In addition to this, Pakistan can develop the electric technologies that can be used to jam the S-400 radars.

In nutshell, Pakistan will definitely be impacted by the deployment of S-400 air defense system by India. But, the threat needs to be countered as immediately as possible. It is not insurmountable, however. Pakistan would have to take the above measures in order to counter the Indian air defense system in case of any hostility.