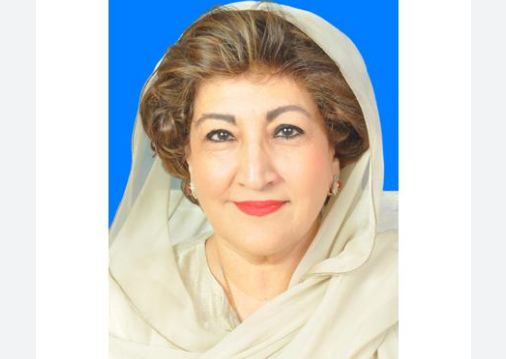 ANTALIYA, JAN 10 /DNA/ – The 13th plenary session of the Asian Parliamentary Assembly (APA) has got underway in the Turkiye city of Antalya.

A Parliamentary delegation of Pakistan is participating in the prestigious event, comprising members from both National Assembly and Senate. On the day one of the plenary session, the APA, in a historic move, granted Observer Status to the International Parliamentarians Congress (IPC), an international parliamentary organisation constituted through a resolution adopted by the Senate of Pakistan. The APA also extended an invitation to the IPC for participation in the ongoing plenary. Senator Muhammad Sadiq Sanjrani, the Chairman Senate of Pakistan, is the President of IPC, which is headquartered in Islamabad, comprising individual parliamentarians from around the world to work in unison for promotion of democracy, peace and development in the world.

Earlier, in a related move, Senator Nuzhat Sadiq, who is leading the Pakistan delegation, earned another laurel for the country when she was appointed unopposed the Rapporteur for the 13th APA plenary.

The plenary session, held under the theme “Promoting multilateralism in the changing global dynamics”, brings together representatives of parliamentary delegations from 27 APA’s member countries.

In his opening remarks, H.E Mustafa Sentop also commended Chairman Senate, Muhammad Sadiq Sanjrani for having officially registered the nomination in favour of Turkish President H.E Recep Tayyap Erdogan for the “Nobel Peace Prize” for his efforts to resolve the Ukrainian crisis in a letter addressed to Norwegian Nobel Committee.

APA consists of 42 Member Parliaments and provides a forum to parliamentarians to exchange views, ideas and experiences for developing common strategies for promotion of peace development and cooperation in Asia and the world. Pakistan has been at the forefront to make APA as a vibrant parliamentary forum of the region and remained as APA President during 2013-15.