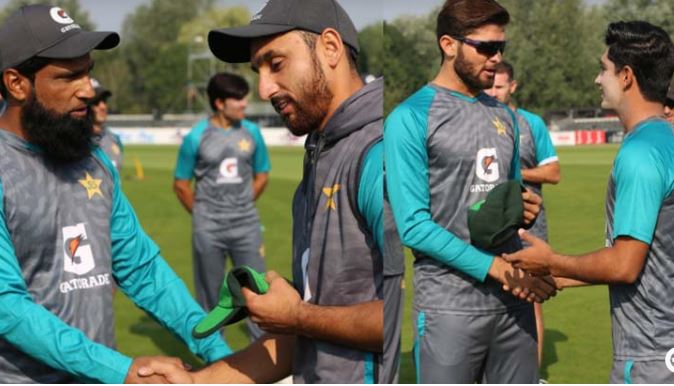 While giving Naseem the cap, Shaheen said, “You deserve this cap and enjoy your achievement.”

Salman and Naseem are Pakistan’s ODI players number 236 and 237.

Pakistan will be without the services of world number three ODI bowler Shaheen Shah Afridi, who is not available for the first two games due to a knee injury.

Meanwhile, the match is taking place under the lights of the Voetbalvereeniging Cricket Stadium in Rotterdam.