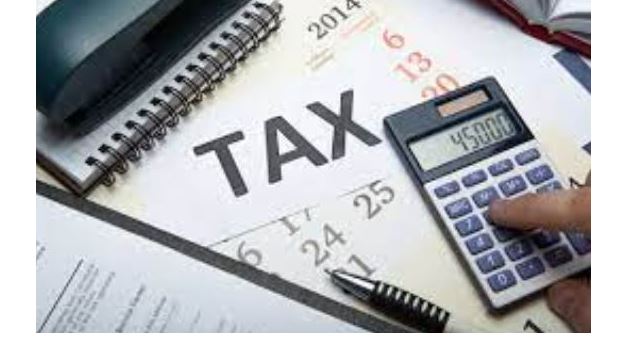 Addressing a news conference here, he said the Federal Board of Revenue (FBR) had notified new rules to settle the personal baggage limit of “International travellers” arriving Pakistan, under which their personal luggage would be duty-free. While, Pakistanis returning home within 30 days, 60 days and onward could carry duty-free baggage worth upto $400, $800 and $1200, respectively.

Earlier, he said the luggage limit had always been remained ‘vague,’ but now Pakistan had introduced “the most liberal limit in the region” to facilitate air passengers in line with the vision of Prime Minister Shehbaz Sharif.

Similarly, the aggregate value of purchases from duty free shop in Pakistan has been enhanced to $1,500 from $1,000, whereas allowance for foreign nationals and tourists has also been enhanced up to $800, he maintained.

Salman Sufi said a national initiative of cardiopulmonary resuscitation (CPR) was being launched to impart first-aid training to citizens, enabling them to save precious lives in emergency.

He urged citizens to register themselves by calling on ‘1166’. They would be equipped with basic lifesaving skills at the public sector health facilities and the Centers of Rescue 1122, he added.

“They will be included in the PM’s life savers’ team,” he said, adding the prime minister would formally announce the initiative in 1-2 weeks.

Sharing details of some banking sector reforms, Salman Sufi said a portal launched by the Securities and Exchange Commission of Pakistan (SECP) would facilitate banks for online opening of fast-track accounts of small and medium enterprises, without involving typical documentation work.

“All required documents are available at the portal for online use of the banks for opening of the corporate accounts on just submission of identity card numbers of the companies’ directors and boards’ resolution.”

With this reform, he said, the corporate account would be opened within 24-48 hours which was earlier taking at least 7-14 days.

Similarly, Salman Sufi said, the digital freelancers, who were engaged in exports of software, would now be able to open their bank accounts through their computerized national identity cards and the postal address mentioned on them would be treated as address of their office.

“This initiative will help channelize their transactions through a proper banking system,” he added.

The Head of PM’s Strategic Reforms said the State Bank of Pakistan (SBP) was introducing a comprehensive system in collaboration with other banks to effectively deal with the issue of bogus/bounced cheques.

There would be an online application of the SBP that would provide details of the account holder, if his/her cheques ever bounced/dishonored or not.

Terming it a ‘revolutionary’ measure, he said it would help prevent the parties from undue litigation.

He said there was another reform in the banking sector that would enable a bank account holder to open more accounts, if he/she wanted, in other banks without indulging in the process that he/she had already completed while opening the first account.

He said there would be a central database that would be accessible by all banks, and upon submitting a CNIC number by the account holder, a new account could be opened with any other bank. “It will start working in next 6-12 months.”

Salman Sufi said an online Directorate of Protectorate was being launched to facilitate emigrants, following which there was no need for them to visit the directorate concerned in person as all documents would be processed online including the electronic stamp that would be verified by the immigration staff of Federal Investigation Agency (FIA) at airports.

Commenting on the measures taken in the social services, he said an online application was being launched within a month to provide assistance to citizens facing physiological issues due to any reason.

The service would be available free of cost, under which physiologists and experts would provide assistance and tools to the advice-seekers.

Among other initiatives, he said the government was launching some projects being practiced worldwide. One of them was to curb violence against women by setting up dedicated centres. It had already been launched in Multan and would soon be expanded to Sindh.

Salman Sufi said he was grateful to Chief Minister Sindh Murad Ali Shah for allocating funds in the next fiscal year’s budget for the purpose. The project would be inaugurated in Sindh on death anniversary Shaheed Benazir Bhutto.

Three more centres would be set up in Punjab with support of the CM Punjab, he added.

He said women on wheels, a signature scheme of the PM, would be launched across the country for providing scooties to working female at subsidized rates, in addition to bike riding trainings.

Students and working women including female health workers and technicians, entrepreneurs and others would be the scheme’s beneficiaries, he said while citing mobility as the major issue which hampered a major segment of society to contribute in the national development.

He said transgender was another major segment of the society, but had been neglected for the decades. A nation-wide hotline was being launched in collaboration with the Human Rights Ministry to register and resolve their complaints in effective way.

Salman Sufi said the hotline would be connected with all provinces where a post of AIG Gender Crimes would be created.

The AIGs Gender Crime and IGs of all the provinces would personally monitor the transgender persons’ complaints and directly report to the PM office about the cases ratio and the steps taken for redressal of their grievances.

It would be a revolutionary step for the transgender community which faced multiple issues mainly related to violence, he added.