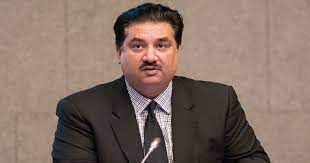 ISLAMABAD, Federal Minister for Energy Engineer Khurram Dastgir on Thursday said the government is working to enhance the energy production and would insert around 5000 megawatt more electricity in the national grid by next year.

Talking to a private news channel, load shedding would be reduced significantly till November as the government was striving to initiate new power plants to provide uninterrupted electricity to the masses.

The Minister said the government would establish 5000 -10000 megawatt solar power generation plant to eliminate the energy crises in the country by next summer season. He said there is highest demand of 30,000 megawatt electricity was recorded whereas the total production of electricity was 24000.

The minister while explaining the electricity generating plan, said that the refilling of 1100 megawatt nuclear power plant was in progress which would be completed soon to add electricity in the national grid.

Talking to private news channel, he said the government would import coal from Afghanistan in the coming days to ensure low-cost power generation and save its precious foreign currency reserves.

He held responsible, the previous government of PTI, over energy crises as they delayed in purchasing LNG and coal from international market to tackle the energy crisis.

He expressed confidence that in the upcoming few months, there would be massive decreased in the prices of petroleum, gas, electricity and other utility products to provide relief to the masses.