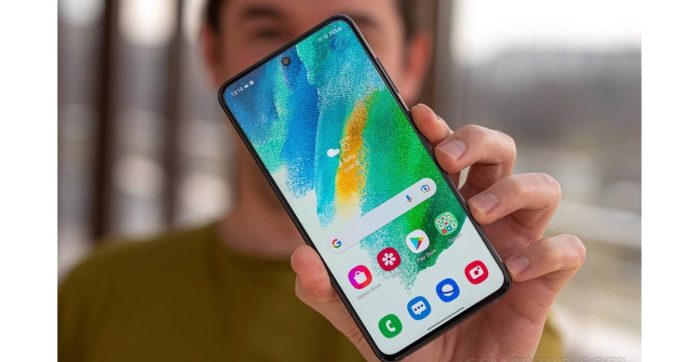 ISLAMABAD, Oct 30 (DNA): The tech giant Samsung is evidently aiming to roll out the One UI 5.0 upgrade for users of the Galaxy S21 FE. Samsung has already made a stable version of One UI 5.0 based on Android 13 available for most of its flagship phones.

Users of the Galaxy S21 FE were not given the chance to try the new software during beta testing, but Samsung has been developing it behind closed doors for quite some time.

Several clues of Samsung’s Galaxy S21 FE future One UI 5.0 build based on Android 13 were found on the company’s servers and some suggest that the upgrade being released within the next month. However, there has been no formal confirmation of such.

Samsung has vowed to deploy at least four substantial updates to its flagship phones, but this will be the S21 FE’s first big update since the device debuted with Android 12 earlier in 2022. The future holds three more significant Android updates.

Although Samsung has made tremendous design modifications with the new One UI update, the Android color palette will only see small improvements because it already matches the system UI color depending on the wallpaper. Furthermore, it will roll out new app icons for Samsung’s native apps.

Additionally, One UI 5.0 owners of Galaxy phones have the ability to customize their lock screen and upload new wallpapers. Each contact’s call backdrop may also be customized. DNA