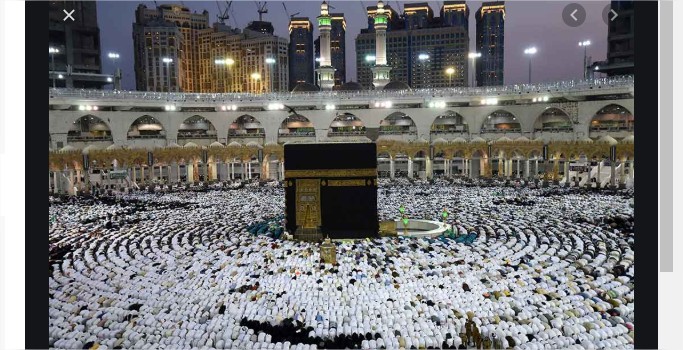 RIYADH, JUN 20 (DNA) – Saudi Arabia’s holy city of Makkah is set to reopen 1,560 mosques on Sunday under strict safety measures, nearly three months after they were closed to prevent the spread of the coronavirus pandemic.

The Ministry of Islamic Affairs in Makkah said on Friday it has prepared all mosques to reopen and provided full precautionary measures such as ensuring that prayer rugs are used only once and worshippers remain a safe distance from each other.

The ministry said volunteers had placed “spacing stickers” in mosques to guide worshippers to maintain distance when praying. The volunteers will also inform worshippers of safety measures when they enter the mosques.

Information posters have been placed inside and outside the mosques as well. The health ministry has been expanding its social media campaign to promote social distancing as a kingdom-wide restriction on movement is due to be lifted on Sunday.

Daily confirmed cases in Saudi Arabia exceeded 4,000 for the sixth straight day on Friday, with the health ministry announcing 4,301 new cases in the previous 24 hours and 45 deaths.

The latest data brings the official infections tally to 150,292 with 1,184 deaths. Other GCC states also announced the easing of restrictions. Kuwait said it plans to reduce curfew hours from 7pm to 5am starting from Sunday.

The original curfew was set from 6pm to 6am. Government spokesman Tareq Al Merzem said the move is part of the plan to gradually “restore normality.”

Mr Al Merzem said employees in the public sector are still banned from returning to office due to the rise of coronavirus cases among local citizens. The lifting of the office ban will depend on the assessment of the health ministry, he said.

Citizens requiring treatment for critical health conditions will be allowed to travel at their own expense, Mr Al Merzem said. Students studying abroad can also leave the country to sit examinations, he said.

Kuwait recorded 604 new infected cases on Friday, bringing the total number to 38,678. Since the outbreak of the virus earlier this year, Kuwait has recorded 313 fatalities.

In Oman, the health ministry reported 852 new cases of the virus on Friday, raising the total number of infections to 27,670. The newly diagnosed cases include 368 Omanis and 484 foreign residents.

Six more fatalities were reported during the previous 24 hours, taking the death toll to 125. More than 700 patients recovered in the same period, bringing the total number of recoveries to 13,974. =DNA