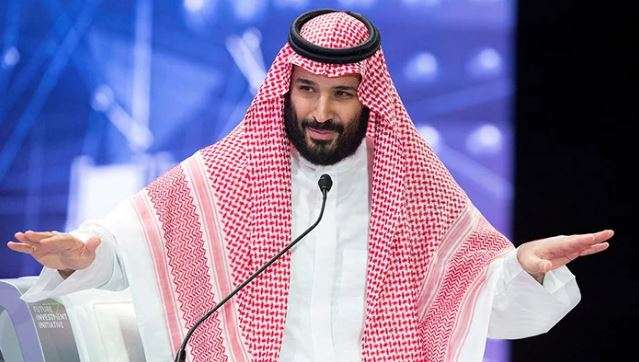 DUBAI: A public spat between the United States and Saudi Arabia will not deter top Wall Street executives and US business leaders from a flagship investment event starting on Tuesday where the kingdom will seek deals to reduce its economy’s reliance on oil.

The dispute was the latest shadow to be cast over the annual Future Investment Initiative (FII), which was hit by a Western boycott over the 2018 murder of Saudi journalist Jamal Khashoggi and by the pandemic in 2020, leaving it a far cry from the 2017 inaugural event that Riyadh billed as “Davos in the Desert”.

FII recovered in 2019 after the uproar over Khashoggi’s killing by Saudi agents, drawing big names from financial, defence and energy firms with strategic interests in the world’s top oil exporter, but garnered relatively meagre foreign inflows.

More than 400 US delegates are expected to attend this week, Richard Attias, CEO of the FII Institute, told Reuters, adding this was the largest representation of a foreign country.

Top executives from Goldman Sachs, Blackstone, Bridgewater Associates, Boeing and Franklin Templeton are on the agenda. Goldman Sachs declined comment, while the rest did not respond.

JPMorgan and Goldman Sachs made nearly $77 million and $42 million respectively in investment banking fees in Saudi Arabia last year, Refinitiv data showed. JPM remains at the top of the league table in 2022 with over $39 million so far.

“For the most part, I do not see US companies actively avoiding Saudi Arabia due to recent political tensions,” said Adel Hamaizia, managing director at Highbridge Advisory and a visiting fellow at Harvard University.

“US companies will be an important partner to Saudi’s investment and growth plans, in traditional sectors, but also in ‘newer’ fields including tourism, entertainment, EV production, technology and a nascent local defence industry,” Hamaizia said.

The FII is a showcase for Crown Prince Mohammed bin Salman’s Vision 2030 development plan to wean the economy off oil by creating new industries that also generate jobs for millions of Saudis, and to lure foreign capital and talent.