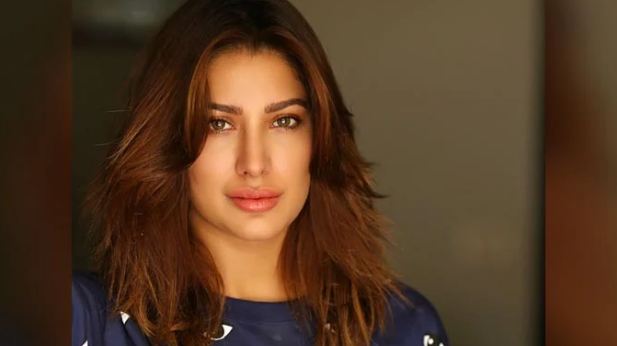 Mehwish approached the SHC over a campaign being run against her on social media due to insinuations made by a YouTuber against actresses.

On December 31, YouTuber and retired army officer Adil Farooq Raja, who is based in the United Kingdom currently, levelled serious allegations against some actresses by mentioning their initials — S.A, K.K, M.H and H.K.

Netizens attached the initials to Mehwish, Kubra and Sajal Aly forcing them to respond to the allegations on social media.

The court issued notices to the Federal Investigation Agency (FIA) and Pakistan Telecommunication Authority (PTA). It also sought an answer from both parties within two weeks.

During the hearing, the petitioner’s lawyer Khawaja Naveed said that a person named Adil Raja is levelling allegations against her.

Mehwish said that Raja had withdrawn his allegations against Kubra Khan.

“He has mentioned my name as M.H.,” she told the court.

The petitioner said that those who made fake accusations are “mentally ill”, urging the court that she wants them to be punished.

Mehwish said that she also approached the FIA, however, no action is being taken.

The lawyer said that the accusers should be punished.

Speaking to media persons after the hearing, Mehwish said that her patience has run out.

“I and my family are going through mental agony because of the rumours,” she said.

The actress said that there were sick-minded people on social media and their hobby was to insult artists.

Mehwish remained hopeful of getting justice.

Last week, Kubra filed a petition in the high court against Raja, saying that the YouTuber had made false allegations against four actresses of the media industry degrading them and causing an affront to their modesty and dignity by alleging that they were used by agencies to lure politicians into compromising positions at safe houses.

A counsel for the petitioner submitted that Raja, later on, uploaded another video where he clarified the issue and retracted from his earlier version. However, it had irreparably damaged actresses’ reputations, including the petitioner, during the process on account of the contents uploaded on social media sites and cyberspace, added the counsel.

The counsel submitted that the act of the YouTuber was strictly cognisable under the Prevention of Electronic Crimes Act 2016 (PECA).

The court directed the FIA and Pakistan Telecommunication Authority (PTA) to block such channels and handles involved in circulating defamatory campaigns against the actresses and remained vigilant in this regard.

A day earlier, while taking up Kubra’s petition again, the SHC asked the starlet to cooperate with the inquiry being carried out by the FIA.

The FIA submitted a report on the campaign against the television actress, stating that the agency had started a probe into the matter.

The agency confirmed that it had forwarded the case to the PTA and provided the alleged YouTube, Instagram and Twitter accounts to the telecommunication authority’s focal person.