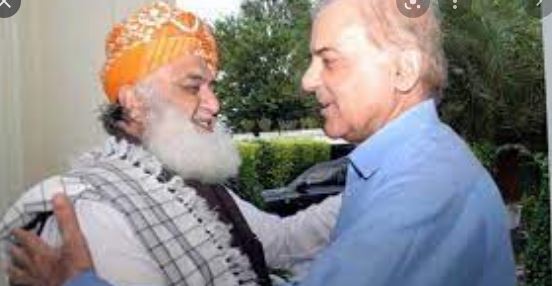 Both leaders also had an exchange of views over the prevailing political situation in the country. “By voting for the opposition parties, the people of KP have refused to repose their trust in the claim of ‘tabdeeli’ (change) made by the ‘selected’ prime minister time and again,” Shehbaz said.

Thanking PML-N president, Maulana Fazl said that rigging in the last general elections in 2018 had robbed the JUI-F of the people’s mandate. “Had that not been the case, we must have emerged as a majority party in the last elections just like we have done in these LBs polls,” he claimed. =DNA